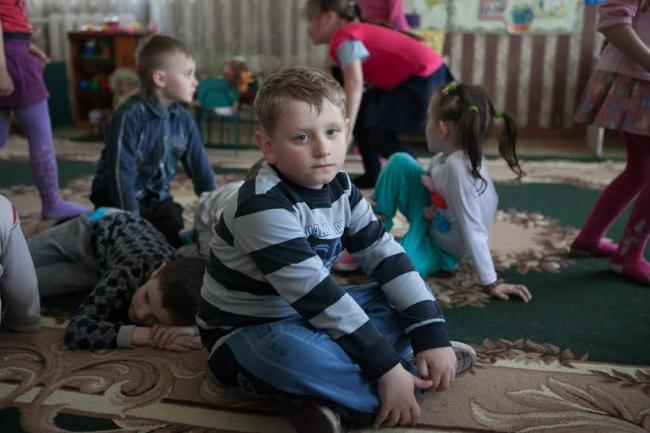 India Blooms News Service | | 04 Mar 2016, 08:39 am
#UN, # Ukraine, # conflict zone
New York, Mar 4 (Just Earth News/IBNS): Despite a decrease in the number of civilian casualties in the east of Ukraine over the past few months, a new United Nations report shows that the conflict is severely impacting on the daily life of civilians, with a growing sense of despair and isolation affecting those living in the conflict zone, especially in the areas controlled by the armed groups.

“There is a terrible sensation of physical, political, social and economic isolation and abandonment among the huge number of people – more than three million in all – who are struggling to eke out a living in the conflict zone. They are in urgent need of greater protection and support,” said the UN High Commissioner for Human Rights, Zeid Ra’ad Al Hussein, in a news release.

The latest in a series of reports on Ukraine by the Office of the UN High Commissioner for Human Rights (OHCHR), which covers the period from 16 November 2015 to 15 February 2016, places particular focus on the daily struggle for survival by people living around the ‘contact line,’ which separates the self-proclaimed ‘Donetsk people’s republic’ and ‘Luhansk people’s republic’ from the rest of Ukraine.

According to OHCHR, many homes have been damaged and looted. Local administrations are not functioning, and access to basic public services is, at best, limited. Water and food are expensive and difficult to acquire. Freedom of movement is severely hampered by check points with, at times, hundreds of vehicles waiting to cross the contact line and passengers forced to spend the night in freezing temperatures.

Residents of territories under the control of armed groups are particularly vulnerable to human rights abuses, the report says, describing how they live in an environment characterized by the growth of parallel governance structures, a complete absence of rule of law, reports of arbitrary detention, torture and incommunicado detention, and no access to real redress mechanisms.

“I am particularly concerned by the lack of space left for civil society, the vulnerability to abuse of people deprived of their liberty, and the complete absence of due process and rule of law in territories under the control of the armed groups,” . Zeid said.

The report describes how a recent wave of arrests in the self-proclaimed ‘Donetsk people’s republic’ has had a further chilling effect on the ability of people to exercise their already heavily circumscribed rights to the freedom of expression, religion, peaceful assembly and association.

Allegations of violations perpetrated with impunity

“I urge the Ukrainian authorities to ensure prompt and impartial investigation into each and every reported human rights violation,” . Zeid stated. “Accountability is critical to bring justice for victims, curtail impunity, and foster long-lasting peace, and it is also important as a deterrent to further violations by State authorities. Each violation that goes un-investigated and unpunished saps the State’s moral and legal authority.”

The High Commissioner also called on the Government of Ukraine and the self-proclaimed ‘Donetsk people’s republic’ and ‘Luhansk people’s republic’ to take action to clarify the fate of missing persons and to prevent other people from going missing. “The clarification of the fate of the missing should be a key priority of any peace negotiations,” he stressed.

Meanwhile, the human rights situation in the Autonomous Republic of Crimea remains very difficult, according to the report, with Crimean Tatar demonstrators facing prosecution and others being arrested for alleged membership in ‘terrorist’ organizations. Last month, the prosecutor of Crimea filed a request with its supreme court to designate the Mejlis, the self-governing body of the Crimean Tatars, as an extremist organization and to ban its activities. OHCHR qualified this as a “significant and worrying” development.

The UN report also shows that the ceasefire in eastern Ukraine remains tenuous, with reported violations to it, the continued occurrences of indiscriminate shelling and the presence of anti-personnel mines and remnants of war. During the reporting period, 78 conflict-related civilian casualties were recorded in eastern Ukraine, bringing the estimated casualty figures since the beginning of the conflict to more than 30,000 people, including at least 9,160 killed and 21,000 injured (figures include civilians as well as Ukrainian armed forces, and members of armed groups).

“The implementation of the Minsk Agreements is the only viable strategy for achieving a peaceful solution in certain areas of eastern Ukraine controlled by armed groups, which, in turn, is key for resolving the human rights crisis in Ukraine. This includes the restoration of effective control by the Government of Ukraine over the border with the Russian Federation and the withdrawal of foreign fighters, mercenaries and military equipment,” the High Commissioner stressed.