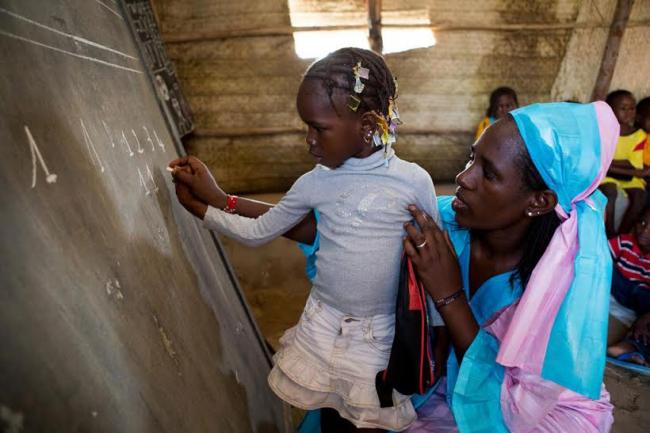 India Blooms News Service | | 03 Mar 2016, 08:24 am
#UNESCO report, # UNESCO
New York, Mar 3 (Just Earth News/IBNS): Almost 16 million girls between the ages six and 11 will never get the chance to learn to read or write in primary school compared to about eight million boys if current trends continue, according to a new report from the United Nations Educational, Scientific and Cultural Organization (UNESCO) Institute for Statistics (UIS).

In the run-up to International Women's Day on 8 March, the UNESCO eAtlas of Gender Inequality in Education shows that girls are still the first to be denied the right to education despite all the efforts and progress made over the past 20 years.

“We will never achieve any of the Sustainable Development Goals without overcoming the discrimination and poverty that stunt the lives of girls and women from one generation to the next,” said UNESCO Director-General Irina Bokova in a press release.

“We must work at all levels, from grassroots to global leaders, to put equity and inclusion at the heart of every policy so that all girls, whatever their circumstances, go to school, stay in school and become empowered citizens,” she added.

Gender disparities remain highest in the Arab States, sub-Saharan Africa and South and West Asia. Across sub-Saharan Africa, 9.5 million girls will never set foot in a classroom compared to five million boys, according to UIS data. In total, more than 30 million children aged of six to 11 are out of school across the region. Some will start at a later age, but many more will remain entirely excluded with girls facing the biggest barriers.

The gender gap is even wider in South and West Asia, where 80 per cent of out of schoolgirls will never enter formal education compared to 16 per cent of out-of-school boys. This affects about four million girls compared to less than one million boys.

Girls form the majority of the millions of children excluded from school in the Arab States, although precise estimates are impossible to produce due to conflicts in the region.

The eAtlas of Gender Inequalities in Education shows gender gaps from primary to tertiary education using the latest available data from the UNESCO Institute for Statistics. With about 100 interactive maps and charts, the eAtlas shows the educational pathways of girls and boys in more than 200 countries and territories.

“We clearly see where the injustices begin and how they accumulate through the lives of the most marginalized girls and women,” said Silvia Montoya, Director of the UNESCO Institute for Statistics. “But the data also show that girls who do manage to start primary school and make the transition to secondary education tend to outperform boys and continue their studies.”

The UIS produces annual data on the number of out-of-school children and estimates concerning their likelihood to start school in the future. UNESCO is highlighting the importance of noting that the numbers of girls and boys likely to remain excluded from education can vary considerably from one year to the next due to fluctuations in population estimates.