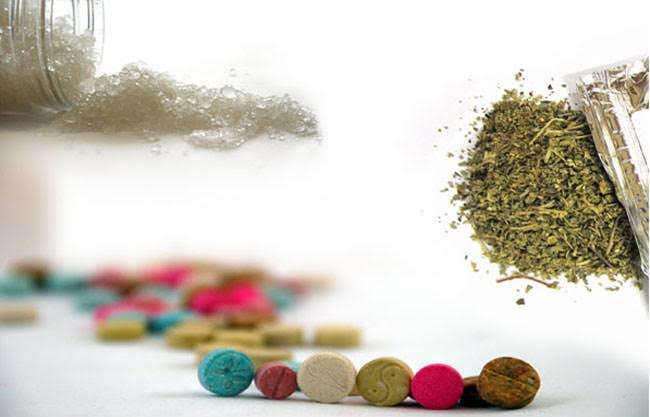 India Blooms News Service | | 03 Mar 2016, 08:10 am
#UN, # Drug control, # UN drug
New York, Mar 3 (Just Earth News/IBNS): The ultimate goal of the international drug control treaties is to ensure the health and welfare of mankind, according to a United Nations-backed report, which this year underscored that the objectives of the conventions are often misinterpreted as mandating a â€œwar on drugs.â€

The 2015 report released wednesday by the Vienna-based International Narcotics Control Board (INCB), a body charged with overseeing Governments' compliance with the drug control treaties, will contribute to debate on drug policy in the run-up to the special session of the UN General Assembly on the world drug problem slated for 19-21 April.

The Board stresses in its report that ensuring the availability of drugs for medical purposes—as stipulated by the international drug control treaties – and reducing the illicit supply of drugs needs to be carefully balanced.

“It is not the case that the world must choose between 'militarized' drug law enforcement on one hand and the legalization of non-medical use of drugs on the other; but rather to put health and welfare at the centre of a balanced drug policy,” said INCB President Werner Sipp.

The report contains thematic chapters on the health and welfare of mankind and the international drug control system, as well as an analysis of the situation by region.

The Board cites a balanced and humane approach as key to meeting health and welfare aims and encourages Governments to devise practical and realistic measures to protect the public from the harms posed by the increasingly large number of new psychoactive substances. It also calls on Governments to ensure health-care providers do not overprescribe sedatives, particularly among elderly people, and calls for a realistic assessment of the state of the international precursor control system.

The report identifies new psychoactive substances as a growing threat as they have continued to emerge in increasingly high numbers over the past year.

By October 2015, Members States had reported 602 new substances. This represents a 55 per cent increase from the previous year, when 388 new substances were reported. Keeping up with this pace represents a key challenge for the international drug control system, which will need to come up with more flexible and workable approaches to tackle the threat of new psychoactive substances.

Overprescribing of Insomnia Drugs to the Elderly

In its report, the Board notes with concern the risks of the unwarranted prescribing and overuse of benzodiazepines, a class of drugs used to treat insomnia and anxiety, by older people. This could be dangerous, as older patients often have more health complaints for which they receive more than one medication at a time. Insomnia seems common among this category of patients, making them an attractive target group for manufacturers of sleeping pills.

Moreover, patients over the age of 65 using benzodiazepines have been shown to have a 50 per cent higher chance of developing dementia within 15 years, compared with patients who have never used them. The Board calls on Governments to ensure that health-care providers follow sound medical practice when prescribing benzodiazepines.

The Board notes the fundamental role played by alternative development initiatives in curbing opium poppy cultivation and providing farmers with legitimate alternatives for supporting themselves and their families.

In its precursor report, the Board notes that the international precursor control system has been increasingly successful in monitoring legitimate trade in a defined set of precursor chemicals to prevent them from being diverted into illicit channels.

However, drugs of abuse are still being manufactured using constantly emerging new chemicals which are not under international control. The Board is convinced it is time to take new paths. This could include voluntary public-private partnerships between Government and industry and new legal instruments for law enforcement when there is evidence that a substance is intended for use in the illicit manufacture of drugs.

Even with the reality of the constantly shifting contours of the drug problem, the 1961, 1971 and 1988 conventions have proved their value as the cornerstone of international cooperation in drug policy. The conventions, which have been almost universally ratified by States, are:

·         Convention on Psychotropic Substances, and the