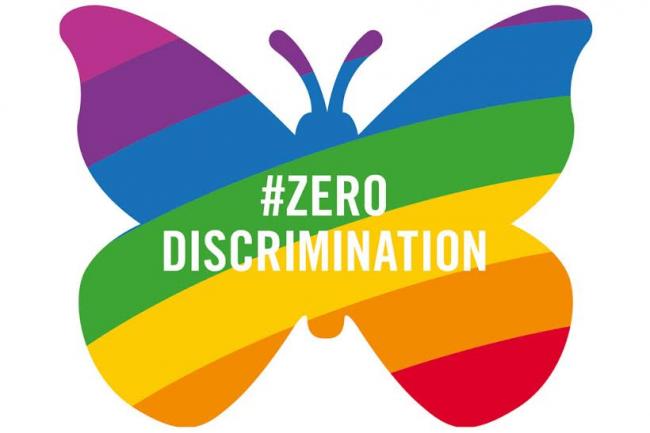 
The theme of this year’s Day is ‘Stand Out,’ and encourages everyone to stand for fair and just societies. People are being urged to value and embrace diversity and recognize the diverse set of talents and skills that each person brings – talents that enrich society and strengthen communities.

“On Zero Discrimination Day, stand out and stand together for the right to live free from stigma and discrimination,” said Michel Sidibé, Executive Director of the Joint UN Programme on HIV/AIDS (UNAIDS). “By celebrating diversity, we can transform the future,” he added.

However, discrimination remains widespread – gender, nationality, age, ethnic origin, sexual orientation or religion can all unfortunately be the basis for some form of discrimination, the agency says. In only four out of 10 countries worldwide do equal numbers of girls and boys attend secondary school and 75 countries have laws that criminalize same-sex sexual relations.

“When the most marginalized and vulnerable face discrimination and abuse, all of us are diminished,” said UN Secretary-General Ban Ki-moon in a message for the Day. “The United Nations is strongly committed to upholding human rights and dignity for all,” he said.

Discrimination in health-care settings also continues to be widely reported. Imagine a young woman newly diagnosed with HIV being told by her doctor that she must be sterilized, a sex worker facing violence or abuse from a nurse, a disabled person denied access to proper advice about their sexual health, a gay man frightened of disclosing his sexuality to medical staff, a person who injects drugs dying after being refused treatment or a transgender person attempting suicide after being turned away from a clinic.

Health-care settings should be considered as safe and caring environments, however, such cases are happening too frequently throughout the world. Any obstacles that inhibit access to health-care facilities, including to testing, treatment and care services, must be removed. Access to health must be open to everyone. UNAIDS is partnering with the World Health Organization’s Global Health Workforce Alliance to develop a plan for action to end discrimination in health-care settings.