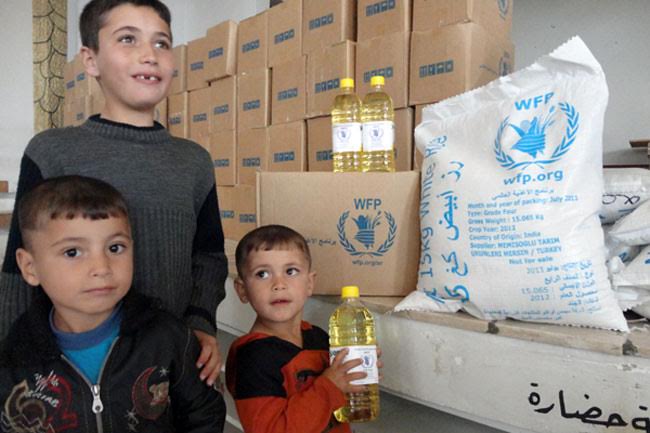 The record pledge of $675 million made during the 'Supporting Syria and the Region Conference' will support a “comprehensive restoration” of food assistance for refugees in Jordan, Lebanon, Iraq and Egypt from March until the end of the year, WFP said in a press release on Monday.

“On behalf of the Syrian people whose lives have been torn apart by the conflict, we thank those world leaders who stepped up in London. Their generosity means we are able to fully meet the immediate basic food assistance needs of 1.8 million refugees in the region and 4.5 million Syrians inside the country who rely on WFP assistance every day,” said WFP Executive Director Ertharin Cousin.

The funds will also enable WFP to provide a full food basket for families inside Syria from April until October 2016.

WFP noted that the pledges will also support increased school meals and other in-kind activities in Syria that will “help restore hope for a better future for the millions of people affected by the crisis.”

Also on Monday, the UN Office for the Coordination of Humanitarian Affairs (OHCA) said that over the next few days, the UN and its partners plan to deliver life-saving humanitarian assistance to about 154,000 people living in besieged locations inside Syria.

A number of trucks have already reached Moadimiyeh on Monday, and deliveries are expected to Madaya, Zabadani, Kefraya and Foah and East Ghouta in the coming days, OCHA said.

This assistance will include food, water and sanitation supplies, basic household items, nutrition, medicine and health supplies for people trapped in the besieged areas. The deliveries are in addition to regular operations delivering humanitarian aid to millions of Syrians every month, the agency said.

The UN calls for the immediate lifting of all sieges imposed by any of the parties to the conflict in all besieged towns in Syria where close to 500,000 people are trapped, and continues to call on all parties to ensure unconditional, unimpeded and sustained access to the 4.6 million people who are in hard-to-reach or besieged locations across the country, OCHA said.