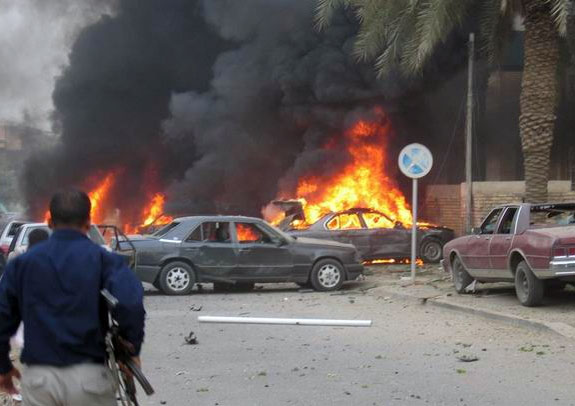 “The Secretary-General is concerned that these cowardly attacks claimed by ISIL at funerals, markets, and places of worship are aimed at undermining the unity of the people of Iraq. He appeals to them to reject such attempts at fear-mongering,” a statement issued on Monday by his spokesman said.

On Monday, at least 38 people were killed and dozens more were injured by a suicide bomber at a funeral in Muqdadiya, about 60 miles north of Baghdad, while a suicide blast at a security checkpoint in Baghdad's western outskirts killed at least eight members of the security forces, according to reports.

These attacks came after two bombs targeted a market on Sunday in Sadr City, north of Baghdad, killing at least 70 people and injuring at least 100 others.

Expressing heartfelt condolences to the families of the victims as well as to the Government and people of Iraq, the UN chief wished a speedy recovery to those who were injured.

Reiterating the UN's commitment to support Iraq in its work to promote national dialogue and reconciliation,  Ban also called on the Government of Iraq to ensure that the perpetrators of the crimes are “swiftly brought to justice.”

In a separate statement on Monday, the Special Representative of the UN Secretary-General for Iraq, Ján Kubiš, strongly condemned the attacks as well.

“This is a particularly vicious and cowardly terrorist attack on peaceful civilians who were going about their daily business in a market. It is clearly aimed at inflaming sectarian strike,”  Kubiš said.