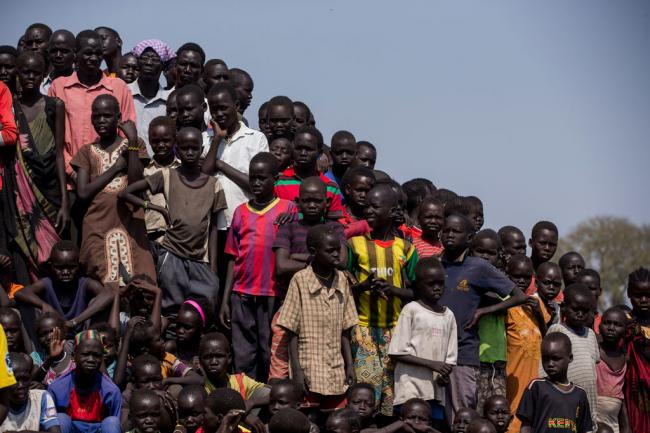 India Blooms News Service | | 27 Feb 2016, 08:55 am
#South Sudan, # UN
New York, Feb 27 (Just Earth News/IBNS)The United Nations deputy humanitarian chief on Friday called on all parties to the conflict in South Sudan to protect civilians and grant safe and unhindered humanitarian access as she wrapped up a two-day visit to the African country.

During her mission, Kang also met humanitarian partners and the diplomatic community and visited Malakal, where she witnessed the devastating impact of the armed violence that took place on 17 and 18 February in the UN protection of civilians site.

“I am outraged by what I have seen in Malakal,” she said, noting that civilians who had sought safety at the site have been attacked, killed, traumatised and displaced once more, with the entire site, including medical clinics and schools, completely and systematically burnt down and destroyed.

“Those responsible for these heinous acts must be held to account,” she said.

The two-year conflict in South Sudan has taken a brutal and deadly toll on civilians. Recently, fighting has spread to new areas, including in Wau and Mundri, and there continue to be reports of people being raped and killed, and of homes and crops being destroyed and damaged by fighting.

Despite the peace agreement, civilians in the country continue to face destitution, destruction, death and devastation, and the humanitarian needs continue to grow, said Kang, calling for an end to the fighting, the protection of people caught in the middle, and immediate and unhindered access for humanitarian actors to all those in need.

Kang appealed to the international community to act immediately to avert an even greater tragedy in South Sudan, as humanitarian needs are higher now than ever.

The South Sudan Humanitarian Response Plan for 2016 is currently only 6.5 per cent funded, including the $21 million of Central Emergency Response Fund allocation announced by the Secretary-General in Juba on 25 February, leaving a gap of nearly $1.21 billion.

Some $220 million is needed without delay to ensure that vital supplies can be procured and delivered during the dry season, before nearly 60 per cent of the country is again unreachable by road.