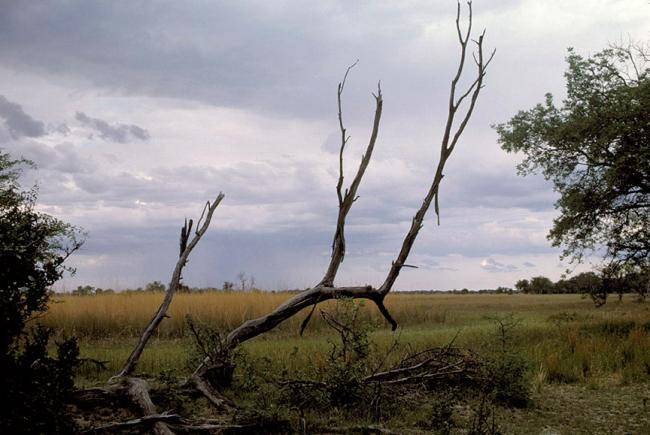 India Blooms News Service | | 18 Nov 2015, 10:22 am
#Drought, # Botswana, # Water security, # UN rights expert
New York, Nov 18 (Just Earth News/IBNS): A United Nations human rights expert on Tuesday urged Botswana to take the current extreme drought in the southern African country as an opportunity to develop a strategy for providing access to safe drinking water and sanitation for all as "a short-cut to prevent illnesses and deaths" in the long run.

“The current drought should not be considered as a sporadic event, but rather as a driver for acquiring water security as a national priority,” said Léo Heller, the UN Special Rapporteur on the Human Right to safe drinking water and sanitation at the end of a nine-day official visit to Botswana.

“A strategic and participatory process, oriented to the provision of water and sanitation for all, will be a short-cut to prevent illnesses and deaths related to water-borne diseases and economic losses,” Heller said.

Botswana has been going through one of the worst droughts in its history with a significant part of the population facing a severe water shortage.

“Such a measure hits the poor and the vulnerable hardest,” Heller said, noting that the situation raises serious human rights concerns of water quality, water quantity and related health impacts.

“As water stress in Botswana is predicted to get higher and higher due to the impact of climate change and increasing water demand, the Government must establish measures in order to prevent severe environmental situations from translating into water shortage, affecting people’s standard of living,” he said, adding that access to safe drinking water and sanitation is one of the most important obligations of the human rights framework.

Heller said he “found an alarming level of highly precarious water supply in these villages – in some cases with no public provision at all” and in some cases with the bush as the only solution to most of the people’s physiological needs.

“I was surprised by still a common practice of open defecation in villages,” he noted.

In one community, he said, women and girls need to fetch water from a river, located not less than 1 kilometre from the household and consume an average of 20 litres of brown river water per person per day without boiling because they cannot afford or have access to fuel.

“The Government of Botswana is at a critical moment to translate its commitment to prioritize access to sanitation and safe drinking water for personal and domestic uses into full implementation. I am confident that the Government, who is making progresses in this regard, has the capacity to make the human rights to water and sanitation a reality for everyone in the country,” Heller concluded.

Heller was appointed by the Human Rights Council in November 2014 and as an independent human rights expert appointed to address either specific country situations or thematic issues in all parts of the world, he is not UN staff and does not receive a salary for their work.