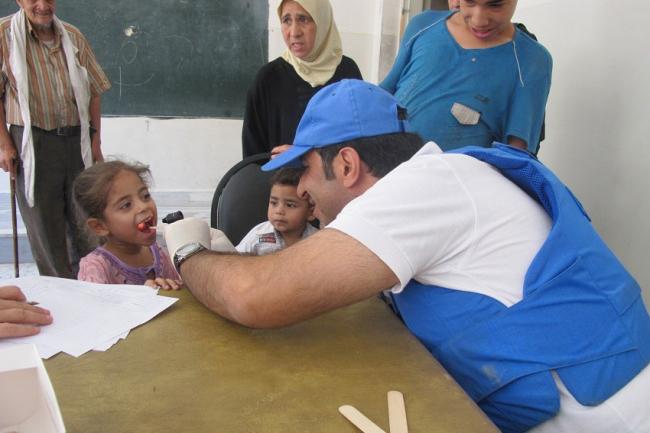 “Our health teams in Syria are finding increasing evidence of a typhoid outbreak among civilians from Yarmouk, in Damascus,” said UNRWA Spokesperson Chris Gunness in a statement.

“On Wednesday we saw 320 patients and among them were three suspected cases of typhoid. This brings the total figure of suspected cases to 90. That is 90 too many,” he added.

UNRWA has been providing vital healthcare to civilians displaced from Yarmouk camp, where the lives of Palestinian refugees continue to be threatened by the conflict in the region.

A situation update issued on Wednesday by the agency said as high summer temperatures and regular interruptions in water and food supplies continue to affect the area, communicable illness remains a source of profound vulnerability for civilians.

“The vulnerability of civilians in Yarmouk remains of the highest severity,” Gunness warned. “UNRWA is deeply concerned that without access, the most basic humanitarian needs of Palestinian and Syrian civilians, including many children, continue to be left unmet.”

He added that today's mission was conducted with the facilitation of the Syrian authorities.

Meanwhile, UNRWA is continuing to appeal for donors to increase their support. Only 34 per cent of funds needed for this year's Syria Crisis Appeal have been received, while more than 95 per cent of Palestinian refugees rely on the UN for food, water and healthcare.