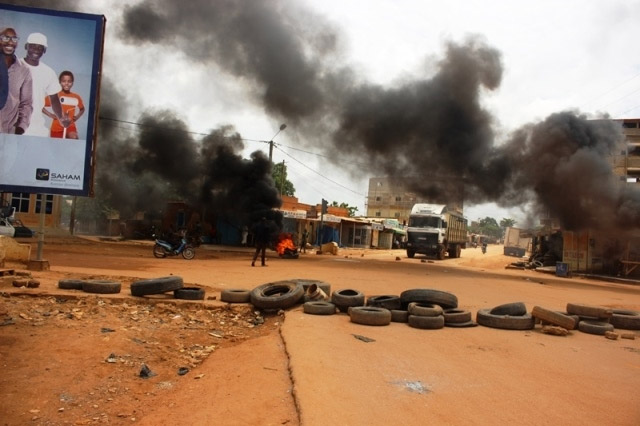 Concerned by escalating violence in Burkina Faso, Ban urges respect for all citizens

India Blooms News Service | | 23 Sep 2015, 09:30 am
#UN, # Ban Ki moon, # Burkina Faso
New York, Sept 23 (IBNS) United Nations Secretary-General Ban Ki-moon is following with â€œgreat concernâ€ the situation in Burkina Faso, and on Tuesday called upon the countryâ€™s defence and security forces to avoid at all costs an escalation of violence and to ensure the respect for physical security and human rights of all BurkinabÃ© citizens.

Ban also reiterated his call for “a swift resumption of the transition process to enable Burkina Faso’s return to constitutional order with the holding of presidential and legislative elections in accordance with the Constitution and the Transitional Charter,” Spokesperson Stéphane Dujarric told reporters on Tuesday during the regular briefing at UN Headquarters.

Meanwhile, as the Secretary-General follows the ongoing regional mediation efforts towards the resolution of the crisis, his Special Representative for West Africa, Mohamed Ibn Chambas, is coordinating with the Economic Community of West African States (ECOWAS), the African Union and other international partners to support and safeguard the transition in the country.