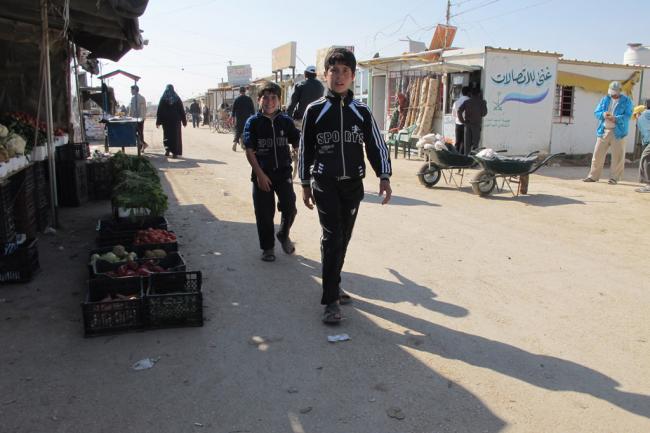 India Blooms News Service | | 21 Sep 2015, 09:53 am
#UN, # Jordan
New York, Sept 21 (IBNS) The top United Nations humanitarian official wrapped up a visit to Jordan on Sunday with a call on the international community to urgently increase support to Syrian refugees and the local communities hosting them.

“The international community has been generous over the past years in responding to the humanitarian crisis in Syria and the region. But a disproportionate burden has fallen on the neighbouring countries,” said Under-Secretary-General for Humanitarian Affairs Stephen O'Brien.

“This includes Jordan which has kept its borders open for millions of people seeking sanctuary from the brutality of the war,” he added in remarks to the press in the capital, Amman.

According to the UN Office for the Coordination of Humanitarian Affairs (OCHA), there are nearly 630,000 Syrian refugees registered in Jordan. There are many more not registered, living in Jordanian communities.

On Saturday, O'Brien visited refugees in Jordan's largest camp – Za'atari – which hosts 80,000 refugees, and also met with a family in Marka.

“Syria's neighbours are reaching the point where the rest of the world urgently must share more of the responsibility in responding to the humanitarian needs created by the Syria crisis and support the most vulnerable people,” stressed O'Brien, who is also UN Emergency Relief Coordinator

OCHA noted that the needs generated by the Syria crisis are outpacing the generous funding received so far. Only 38 per cent of the $7.4 billion needed to address the humanitarian needs inside Syria and the neighbouring countries this year has been received so far.

“I thank those who have already stepped up, but I must now urge each and everyone in the international community to do more to support Jordan and other countries in the region and increase their support for the crucial humanitarian response,” O'Brien said.