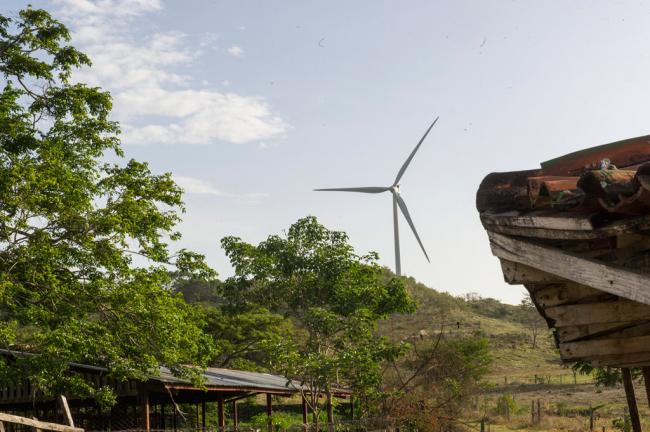 India Blooms News Service | | 17 Sep 2015, 08:33 am
#UN, # Sustainable Energy
New York, Sept 17 (IBNS): A firm foundation to ensure affordable, reliable, sustainable and modern energy for all has been built but a solid long-term institutional arrangement is needed, the United Nations Secretary-General said on Wednesday, as he welcomed the creation of an international not-for-profit organization to spearhead renewable energy efforts.

“Energy is the golden thread that connects economic growth, social equity and a healthy environment,” Ban Ki-moon told participants at a briefing on the Sustainable Energy for All initiative (SE4All).

Launched by Ban in 2011, SE4All is a multi-stakeholder initiative that aims to achieve three inter-linked global targets, namely to ensure universal access to modern energy services, to double the global rate of improvement in energy efficiency and to double the share of renewable energy in the global energy mix, all by 2030.

In 2015, access to affordable and clean energy became the 7th of 17 new Sustainable Development Goals (SDGs) that world leaders will adopt next week at a special summit at UN Headquarters.

These Global Goals are intended to stimulate action over the next 15 years in areas of critical importance towards building a more equitable and sustainable world for all.

“I strongly commend the inclusion of Sustainable Development Goal 7 on energy,” Ban continued.

He added, “With targets on access, renewables, energy efficiency and means of implementation, this goal is a game-changer – for everything from eradicating poverty to combating climate change. […] But we can, and must, do more.”

The Secretary-General announced that a new Sustainable Energy for All Partnership will now spearhead SE4All, and be led by the current World Bank Vice President and Special Envoy for Climate Change, Rachel Kyte.

She said, “Sometimes when we talk about energy, we talk about megawatts and kilowatts […]. But this agenda is firmly rooted in the ability of a woman to seek medical care in a hospital, knowing that the lights won’t go out."

"This is an agenda about being able to turn the irrigation pump on for the small farmer in a desertified part of the developing world. This is about being able to put the light on, do the homework, graduate, and go on and do more, and contribute back,” Kyte added.

Meanwhile, the outgoing Special Representative for SE4All said that if the world wants transformative change, it will need major financing and major deployment of technologies.

“And that is what we’ve developed for you on the Sustainable Energy for All to drive about $120 billion a year into energy sector investments.”

He added that he believes one of Ban’s biggest legacies for the UN is that, under his leadership, he was able to establish an energy agenda for the Organization – something that has been attempted but unrealized for 20 years.

Also speaking at the event, Deputy Secretary-General Jan Eliasson said the international community now has, with this new partnership, a tool to make sure it delivers on Global Goal 7.

Eliasson said, “And I feel also supremely confident in the leadership transition from Kandeh’s dynamic strong leadership in the creation of this initiative, driving it forward, to Rachel Kyte now taking over, whom I’ve seen on the barricades of fighting for water and sanitation, climate change, and a number of issues where we have coinciding views.”

Following a competitive and transparent bidding process, the SE4All Executive Committee has chosen Vienna, Austria, to host the new Partnership.