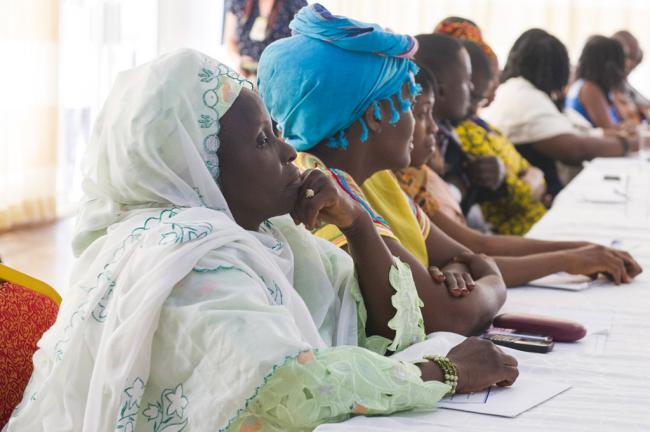 India Blooms News Service | | 16 Sep 2015, 09:00 am
#UN, # Democracy
New York, Sept 16 (IBNS): A strong and freely operating civil society is crucial for successful and stable democracies and must be given the space to carry out their vital functions, the United Nations emphasized on Tuesday, as it marked the International Day of Democracy.

“Civil society is the oxygen of democracy,” Secretary-General Ban Ki-moon said in hismessage for the Day, observed annually on 15 September.

“We see this clearly in the world’s most vibrant and stable democracies, where Government and civil society work together for common goals,” he continued.

“Civil society acts as a catalyst for social progress and economic growth. It plays a critical role in keeping Government accountable, and helps represent the diverse interests of the population, including its most vulnerable groups.”

Yet, Ban pointed out, freedom to operate for civil society is diminishing – or even disappearing.

An alarming number of governments have adopted restrictions that limit the ability of non-governmental organizations to work, or to receive funding, or both. That is why, he added, the theme of this year’s Day is space for civil society.

“On this Day, let us recall that progress and civic participation go hand in hand,” he said.

He added, “As the United Nations continues to work towards a democratic, pluralistic future for all, the State and civil society can and should be partners in building the future people want.”

Alfred de Zayas, the Independent Expert on the promotion of a democratic and equitable international order, and Maina Kiai, the Special Rapporteur on the rights to freedom of peaceful assembly and of association, issued a statement to mark the Day, in which they noted that civil society is “essential for a true democracy.”

“Unfortunately,” they stated, “space for civil society is shrinking rapidly today, both in countries with no democratic tradition and in ostensibly democratic countries. There is a growing disconnect between elected officials and the people.

“We see this disconnect manifested in the recent surge of large protest movements throughout the world. People perceive a failure of governance and democracy, and protest is often their last resort in making themselves heard,” the independent UN experts said.

“Democracy should not be reduced to an empty word,” they stressed. “It is self-determination in action, and a necessary instrument for securing a more peaceful, just and stable world. Civil society is a key partner to achieve this noble goal.”