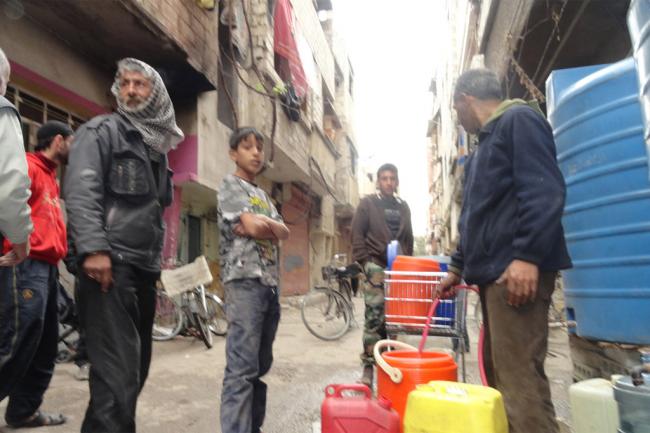 India Blooms News Service | | 20 Aug 2015, 08:58 am
#Syria, # UNRWA, # Yarmouk camp, # Typhoid, # Palestinian refugees
New York, Aug 20 (IBNS): The United Nations relief agency responsible for the welfare of Palestine refugees across the Middle East announced on Wednesday it has conducted its first humanitarian mission to Yalda, near the besieged Yarmouk camp in Syria, where six cases of typhoid have been confirmed.

“Amidst reports of a typhoid outbreak in the Yarmouk region, with at least 10 of cases credibly reported in Yarmouk, Yalda, Babila and Beit Sahem, UNRWA was authorized to provide limited health assistance,” reported the UN Relief and Works Agency for Palestine Refugees in the Near East (UNRWA).

He said the agency has assessed the situation in Yalda, which neighbours the Palestinian refugee camp of Yarmoukon the outskirts of the Syrian capital, Damascus, since typhoid broke out among this UN-assisted population.

To date, there have been at least six confirmed cases in the camp, Gunness noted.

“UNRWA’s priority remains the delivery of humanitarian aid to civilians within Yarmouk itself and reiterates its strong demand for respect and compliance with obligations to protect civilians and to establish secure conditions under which UNRWA can deliver life-saving humanitarian assistance,” he said, emphasizing that the vulnerability of civilians in Yarmouk “remains of the highest severity.”

There are 560,000 Palestine refugees registered with UNRWA in Syria, with more than 95 per cent of them now relying on UNRWA to meet their daily needs of food, water and healthcare.

The capacity of the agency to sustain life-saving emergency interventions, whilst responding immediately to urgent developments such as the one impacting Yarmouk, is undermined by chronic underfunding for humanitarian interventions inside Syria.