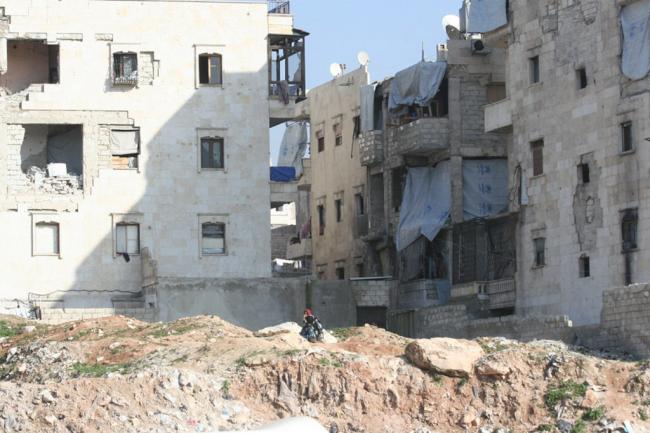 India Blooms News Service | | 15 Aug 2015, 09:21 am
#Syria, # UN envoy, # Conflict
New York, Aug 15 (IBNS): Condemning the continued use of indiscriminate weapons in civilian areas of Syria, the United Nations special envoy for the country has today renewed his call on the warring parties to immediately cease such attacks and focus on finding a political solution to the â€œunacceptable situationâ€ in their homeland.

“The shelling of Damascus neighbourhoods and suburbs, as well as other areas in Syria, which continues to indiscriminately kill and injure civilians, has no justification, but only further terrorizes the population,” Special Envoy Staffan de Mistura stressed in a statement released in Geneva by his spokesperson.

His comments come as news agencies report that dozens of civilians have been killed in recent heavy shelling of populated areas in and around the Syrian capital.

Through the statement, Staffan expresses his sincere condolences to the families of the bereaved and wishes speedy recovery to the injured.

He renews his call on all the warring parties in Syria to immediately cease attacks affecting any civilian. “Instead, all Syrian efforts should now be focused on finding a political solution to the unacceptable situation in their homeland,” he added.

In a recent interview with the UN News Centre, Staffan, who has been tasked with reinvigorating the Geneva Communiqué towards ending the conflict, said that in his 42 years of service with the UN, he has never seen such a cynical series of reasons for which a conflict like this one, which could have been solved, has been going on for five years, with 220,000-240,000 killed, one million wounded and four million refugees.

“But, at the same time, I’m also realizing that if there’s one institution that cannot abandon the Syrians, it’s the UN,” he said.

He added, “We have had many attempts, and we’ll continue pushing, because at the end of the day, what is happening at the moment, is that we are having a whole generation of Syrians, young kids, who have seen only war…There is no military solution. Everybody knows it, the Government and the opposition, and everybody who is involved on both sides.”