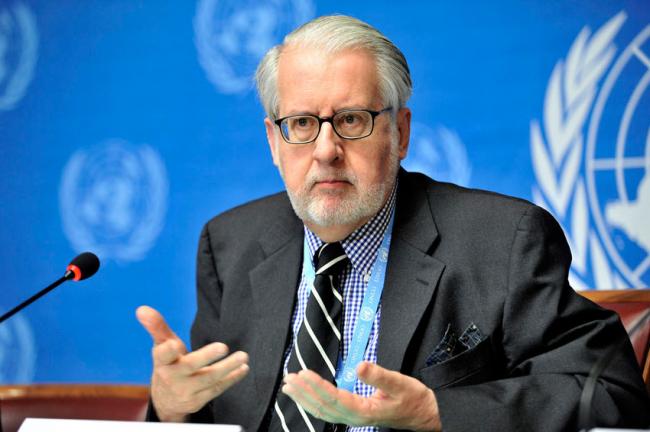 “The release of the three human rights defenders is something to be welcomed,” said Paulo Sérgio Pinheiro, Chair of the stressing stressing that “in Syria, where a culture of impunity has taken hold, such good news is all too rare.”

Hussein Ghrer, Hani Al-Zaytani and Mazen Darwish, former employees at the Syrian Center for Media and Freedom of Expression, had been arrested and imprisoned by the Syrian Government since February 2012.

"Many of these detainees have been held for long periods without charge or without trial, and are often not permitted contact with their families or their lawyers," said Pinheiro.

Like many other human rights defenders and peace activists, these three advocates were charged under Article 8 of the Syria’s 2012 Counter-Terrorism legislation, which prescribes imprisonment and forced labour for a variety of vaguely defined terrorism-related offenses that include distributing written materials or information.

“We repeat our call upon the Government of the Syrian Arab Republic to allow an impartial, neutral and independent organization regular access to the thousands of persons reportedly in detention in the country," underscored the UN rights expert.

The Commission, which also comprises Karen Koning AbuZayd, Carla del Ponte and Vitit Muntarbhorn, was established by the UN Human Rights Council in August 2011 to investigate and record all violations of international human rights law during the Syria conflict.