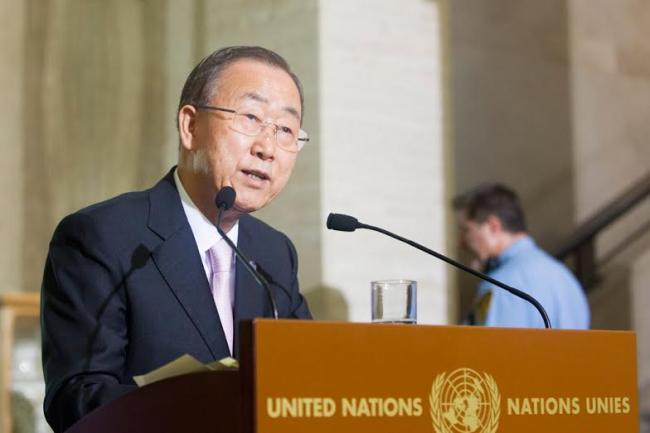 In a note to correspondents issued on Monday afternoon, the UN Spokesperson’s Office noted that the Secretary-General urged the Democratic People's Republic of Korea (DPRK) to fully adhere to the obligations under the Armistice Agreement and engage in dialogue on this incident.

The newly-placed land mines reportedly injured two soldiers from the Republic of Korea (ROK) on 4 August.

Ban’s spokesperson added that the Secretary-General urged the tensions on the Korean Peninsula to be alleviated.

The UN chief has repeatedly emphasized that dialogue is the only way to resolve outstanding issues related to the peninsula.

In mid-May, Ban affirmed that he remained deeply engaged on the Korean Peninsula because it is “a dangerous international flashpoint,” and that he will do “everything possible” in his capacity as the top UN official to promote peace and confidence-building between the two Koreas.