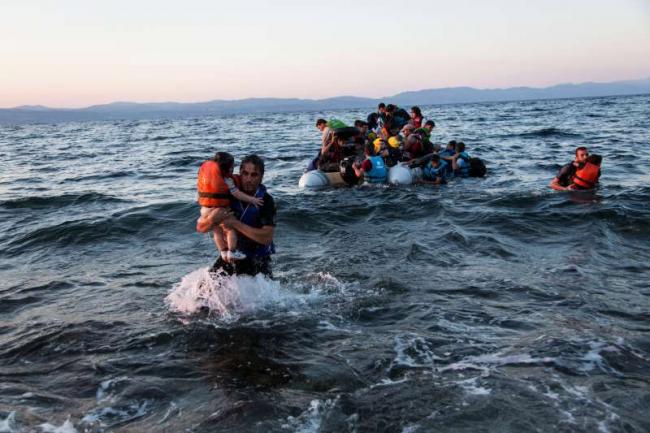 India Blooms News Service | | 08 Aug 2015, 08:35 am
#UN, # Refugee Crisis, # Greece
New York, Aug 8 (IBNS): The United Nations on Thursday called for bold and urgent action to address a deepening crisis in Greece, where some 124,000 refugees and migrants have arrived by sea this year â€“ a staggering increase of over 750 per cent compared to the same period in 2014.

“This humanitarian emergency is happening in Europe, and requires an urgent Greek and European response,” the UN High Commissioner for Refugees (UNHCR) said in a news release.

The arrivals are mainly in the islands of Lesvos, Chios, Kos, Samos, and Leros, according to the agency. In July alone, 50,000 new arrivals have been reported – 20,000 more than the previous month.

The vast majority of those coming to Greece are from countries experiencing conflict or human rights violations, mainly Syria, Afghanistan and Iraq, according to UNHCR.

Many are in need of urgent medical assistance, water, food, shelter and information, the agency added. The reception infrastructure, services and registration procedures are falling far short of real needs.

“Such a level of suffering should and can be avoided,” said Vincent Cochetel, UNHCR’s Director of the Bureau for Europe, who last week visited Greece with the Director of Emergency, Security and Supply to assess the refugee crisis.

“The Greek authorities need to urgently designate a single body to coordinate response and set up an adequate humanitarian assistance mechanism. As Greece faces financial challenges the country needs help, European countries should support Greece on these efforts.”

UNHCR is contributing to the various efforts to address the situation, including through the provision of interpretation services, legal information and basic emergency assistance.

It is also providing, with the assistance of a Greek non-governmental organization, escorts for the transfer of unaccompanied children from the islands to specialized facilities on the mainland.

“Greece and Europe need to lead the response to this crisis, which can be resolved only through more solidarity within and outside the EU and increased alternative means to reach Europe for refugees fleeing from violence,” said Mr. Cochetel.

So far in 2015, over 225,000 refugees and migrants have arrived by sea in the Mediterranean and around 2,100 are estimated to have died or gone missing while trying to reach Europe – not including the incident that took place earlier this week when an overcrowded fishing boat sank off the coast of Libya.