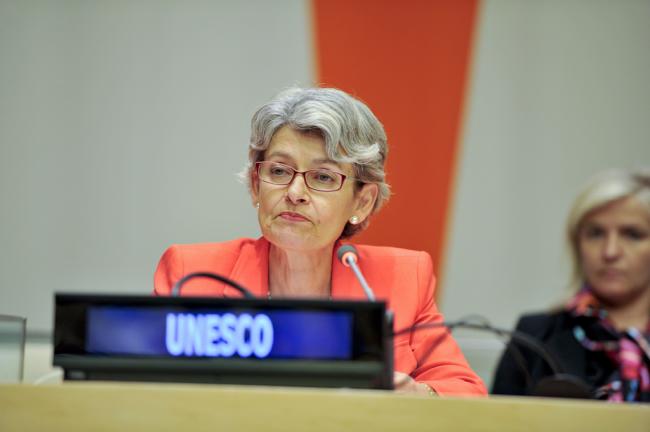 “I am deeply concerned about the reported killing of Suahaa Ahmed Radhi and Jalla Al-Abadi,” the Director-General said.

He added, “It has become very difficult for the public to know what is happening in parts of Iraq, because of violent extremists. We hope the day will come when the perpetrators of these heinous acts will be prosecuted.”

Suahaa Ahmed Radhi worked as an editor for a Nineveh-based newspaper. According to the Iraqi Journalists Syndicate, she was kidnapped from her home by violent militants and killed.

The same union also reported that violent extremist militants stormed the house of Mosaliah TV cameraman Jalaa Al-Abadi and shot him in a forest on the outskirts of Mosul.

The Director-General of UNESCO issues statements on the killing of media workers in line with Resolution 29 adopted by UNESCO Member States at the Organization's General Conference of 1997 entitled “Condemnation of Violence against Journalists.”

These statements are posted on a dedicated webpage; UNESCO condemns the killing of journalists.