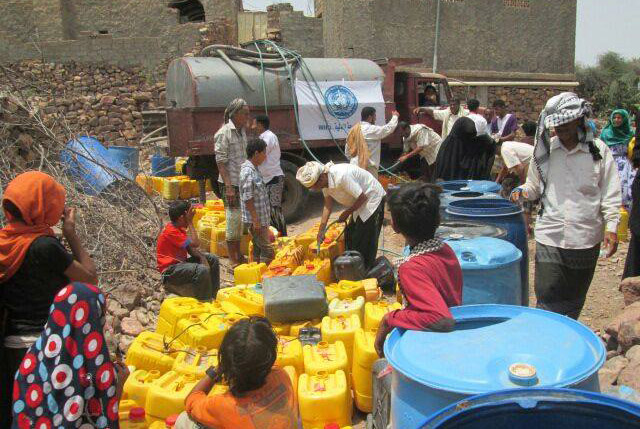 In a statement issued by his spokesperson in New York, Ban welcomed the announcement by the Saudi-led Coalition of a unilateral five-day, renewable humanitarian pause commenced on Sunday, 26 July, at 23:59 (GMT+3), or 4:59 pm EST.

“He urges the Houthis, the General People's Congress and all other parties will agree to and maintain the humanitarian pause for the sake of all the Yemeni people, and that all act in good faith throughout the pause,” said the statement.

The statement notes that the growing number of civilian casualties, including disturbing reports of civilian deaths in Mokha on Friday evening, in the unfolding humanitarian catastrophe make a pause and an eventual extension an imperative.

Calling on all parties to the conflict to suspend military operations during the pause and refrain from exploiting the pause to move weapons or seize territory, the UN chief appealed to the parties to exercise maximum restraint in cases of isolated violations and to avoid escalation.

The statement concluded with the Secretary-General's call on the conflict parties to comply fully with their obligations under international humanitarian law to protect civilians and to urgently work with the United Nations and humanitarian aid organizations to bring assistance to millions in need throughout the country.

Announcement of the pause comes after “a major breakthrough,” as the UN World Food Programme (WFP)reported that its first ship since conflict erupted in Yemen in March berthed Tuesday in the port of Aden after repeated attempts to reach huge numbers of increasingly desperate people and as intense fighting continues to take a serious toll on civilians.

Meanwhile, in the latest report on the toll the fighting is taking, the Office of the UN High Commissioner for Human Rights (OHCHR) reported that at least 165 civilians, including 53 children and 23 women, were killed between 3 and 15 July, and another 210 were injured during this period.

“The majority of the casualties are reported to have been caused by air strikes, but civilians are also regularly being injured and killed by mortar fire and in street fighting,” OHCHR Spokesperson Rupert Colville told reporters Tuesday in Geneva, Switzerland.