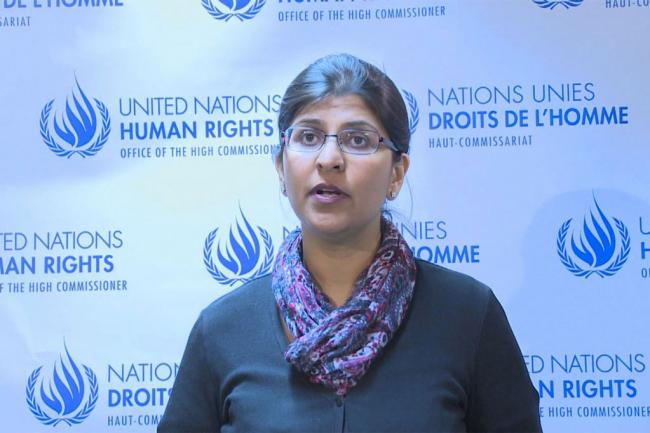 “The Cambodian Senate has adopted a draft law on associations and non-governmental organizations which falls significantly short of international human rights laws and norms governing the right to freedom of association,” explained Ravina Shamdasani, spokesperson for the Office of the UN High Commissioner for Human Rights (OHCHR) during a press briefing in Geneva.

Already adopted by the National Assembly on 13 July, the law would now have to be examined by the Constitutional Council, she added.

“OHCHR urges the Council to reject the bill, which carried provisions that breached the International Covenant on Civil and Political Rights which Cambodia had ratified and which was recognized in the country’s Constitution.”

Laws like this, Shamdasani said, allow the authorities to de-register associations that they considered not to be “politically neutral”.

This one would give the Government the right to deny registration on ill-defined bases, including if the purpose and goal of the association is perceived to “endanger the security, stability and public order or jeopardize national security, national unity, culture, traditions, and customs of Cambodian national society.”

Those broad provisions, plus the criminal penalties in the bill against NGOs that operate without registration, would cause a “chilling effect” on the work of such groups, warned the spokesperson.

In another worrying development, Shamdasani reported that 11 Cambodian opposition activists were convicted and sentenced on 21 July to between seven and 20 years in prison for participating or leading an “insurrection,” following a post-election protest which had turned violent, on 15 July 2015.

OHCHR, she said, is concerned about the convictions, especially as there had been “irregularities” in the conduct of the trial, which the Office had monitored.

The ruling relied on the use of witness statements by individuals who had not been available for cross examination so that their credibility could be tested.

“There was also no evidence presented in open court to prove that the defendants had directly committed any acts of violence or that the violence would endanger the institutions of the country at the time,” underscored the spokesperson.

The perception of governmental interference in that case undermined public trust in the Cambodian justice system and, “should the 11 activists chose to appeal,” OHCHR calls for the fair trial defects to be corrected then, she concluded.