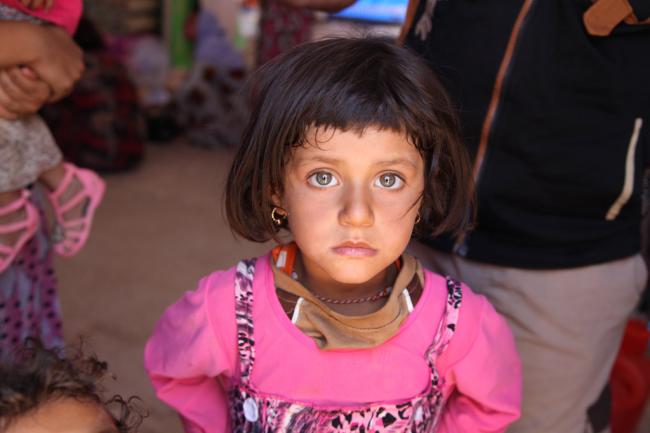 More not being done to end violence against children in conflict: UNICEF chief

India Blooms News Service | | 25 Jul 2015, 09:46 am
#Children Conflict UNICEF Executive Director Anthony Lake
New York, Jul 25 (IBNS): Millions of children around the world are caught up in adultsâ€™ wars, declared the head of the United Nations Childrenâ€™s Fund (UNICEF) on Friday, marking the 10th anniversary of a UN Security Council resolution that established a monitoring and reporting mechanism on the use of child soldiers with a strong call for accountability and robust measures to end all â€œhorrorsâ€ children face.

Their schools and homes are being destroyed; they are being denied food, water and health care. Tens of thousands are forced to join armed forces and groups.

“Ten years ago, the UN Security Council passed resolution 1612, to better protect children affected by conflict. Today, enormous efforts are being made to protect children in countries at war,” he said,

He noted that last year, more than 10,000 children were released from armed forces and groups worldwide, and received support returning to their communities.

“But violence involving children in conflicts has taken a darker turn,” Lake warned, spotlighting reports from Iraq, Nigeria and Syria that have revealed how children are being used by adults as perpetrators of extreme violence.

The children are  forced to observe and participate in executions, encouraged to believe that violence is normal, their young and impressionable minds exposed to senseless brutality, in total disregard of the sanctity of childhood.

“Every child in a conflict who is killed or forced to kill, or who has witnessed the brutality of war, is a victim – an innocent who has borne the cost of conflict not of her or his making,” the UNICEF chief said

He said, “We should be outraged that such suffering continues and that more is not being done to end these horrors and to hold those responsible to account.”