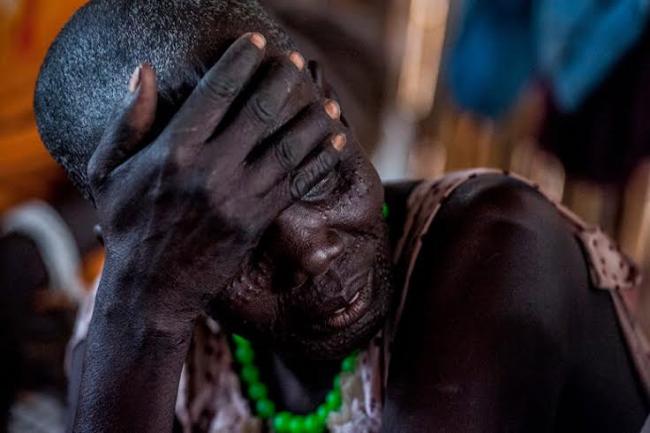 India Blooms News Service | | 10 Jul 2015, 11:35 am
#UNICEF, # Security Council, # South Sudan
New York, July 10 (IBNS) Months of politically motivated violence in South Sudan has left thousands dead and caused a "man-made catastrophe," the United Nations Security Council declared on Thursday, expressing "profound disappointment" with President Salva Kiir, former Vice-President Riek Machar and other leaders "who have put their personal ambitions ahead of the good of their country and their people."

In a press statement noting that 9 July begins of the fourth year of independence for the world's youngest nation, Council members stressed that political sparring between South Sudan's key leadership has “jeopardized the foundation of this fledgling State,” and appealed for an urgent return to a political process that would end the ongoing crisis. They noted that the failure of President Kiir and Machar to pursue peace has resulted in the death of tens of thousands of civilians, the displacement of more than 2.1 million people, and the attacks upon, and deaths of, UN peacekeepers, internally displaced persons receiving UN protection, and humanitarian personnel. Reaffirming that such acts will not be tolerated, the Council renewed its grave alarm at the 19 months of violence in South Sudan “and the resulting man-made political, security, humanitarian and economic catastrophe.” In the statement, Council members strongly condemned human rights violations and abuses, and violations of international humanitarian law in South Sudan, including those reported by UN Children's Fund (UNICEF) and the UN Mission in South Sudan (UNMISS) in Unity and Upper Nile states in April and May 2015, which included those involving castration, mass-rape, and the burning of women and children in their homes. “They expressed their determination to support all efforts to hold those responsible to account for these crimes,” said the statement. The Council recognized the work of the Intergovernmental Authority on Development (IGAD) in leading the mediation since the onset of the crisis, and noted that while mediation efforts have been underway, there have been no signs that the parties are prepared to cease fighting and undertake a genuine peace process. In this regard, the Council recognized the need for an urgent assessment and reinvigoration of the political process to develop and implement a comprehensive solution to end the crisis in South Sudan, and looked forward to renewed efforts by IGAD, the friends of South Sudan from Africa and abroad, and the United Nations to do so. Further, the Council recalled the 1 July 2015 designation of six individuals under its resolution 2206 and reiterated its commitment to designate for sanctions political and military leaders that threaten the peace security and stability of South Sudan. In light of the “significant deterioration” of the situation, the members of the Security Council underscored the urgent and imperative need to end impunity and ensuring accountability. The Council also anticipated with interest the findings and recommendations of the African Union Commission of Inquiry on South Sudan and encouraged the public release of the final report urgently, and in this regard, looked forward to the outcome of the African Union Peace and Security Council Ministerial-level meeting scheduled for 14 July 2015. The security situation in South Sudan has deteriorated steadily over the past year since political in-fighting between President Kiir and his former Vice-President Machar, and their respective factions erupted in December 2013. The hostilities subsequently turned into a full-fledged conflict, resulting in reported atrocities and possible war crimes. According to the latest estimates released by the UN refugee agency, more than 730,000 people have fled into neighbouring countries such as Uganda, Ethiopia, Kenya and Sudan, which has seen the highest arrival rate this year. Meanwhile, among the millions that remain internally displaced, more than 100,000 have sought safety at increasingly crowded civilian protection sites run by UNMISS. Photo: UNICEF/South Sudan/Sebastian Rich