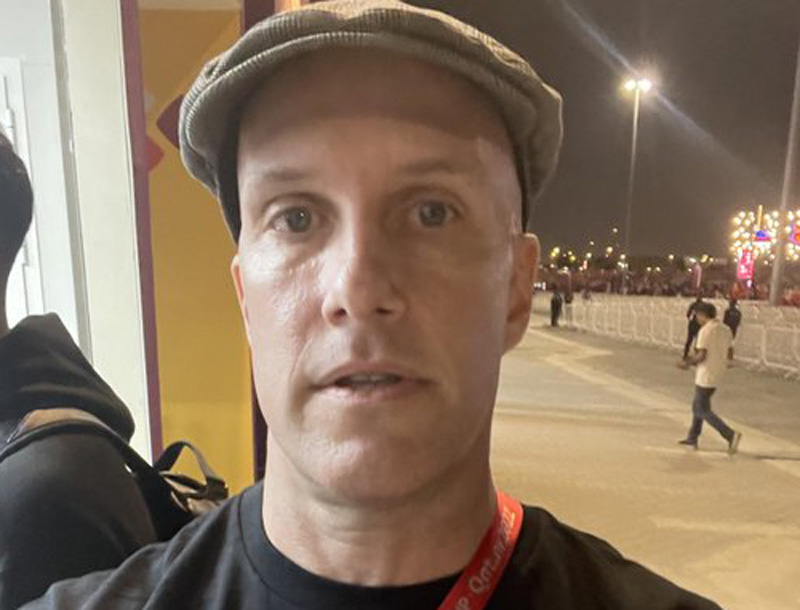 American journalist Grant Wahl, who was detained in Qatar for wearing a rainbow shirt in support of the LGBTQ community, has died while covering a match of the showpiece tournament, his brother confirmed.

Eric Wahl, the brother of sportswriter Grant Wahl said in a video statement: "My brother was healthy. He told me he received death threats. I do not believe my brother just died. I believe he was killed. And I just beg for any help."

Eric Wahl, the brother of sportswriter Grant Wahl who died in Qatar while covering the World Cup, is asking for help.

Grant was detained in Qatar for wearing a rainbow shirt two weeks ago pic.twitter.com/lak0b1UZwa

US Soccer mourned the death of the journalist and posted a statement on Twitter which read: " The entire US Soccer family is heartbroken to learn that we have lost Grant Wahl."

U.S. Soccer Statement On The Passing Of Grant Wahl: pic.twitter.com/CBp1mCK1mQ

Wahl’s wife Celine Gounder said he was shocked by the development.

I am so thankful for the support of my husband @GrantWahl's soccer family & of so many friends who've reached out tonight.

" I am so thankful for the support of my husband @GrantWahl 's soccer family & of so many friends who've reached out tonight. I'm in complete shock," she said.

In his last tweet, Wahl had commented about the football match between Argentina and Netherlands.

Also Read:Journalist claims he was denied entry into stadium by security staff for wearing rainbow t-shirt

Wahl was recently making headlines when he posted on Twitter that he was detained and briefly refused entry to a World Cup match because he was wearing a rainbow t-shirt in support of LGBTQ rights.