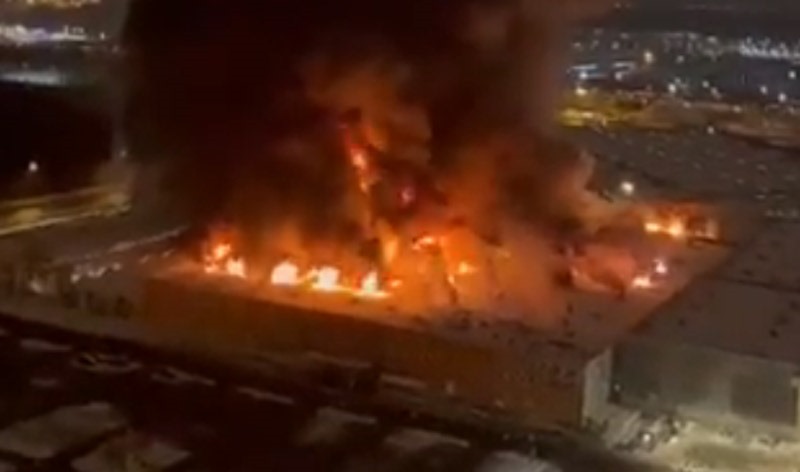 Russia: Fire breaks out at moscow shopping mall, one dies

Moscow: A fire broke out at a shopping mall in Russian capital Moscow city on Friday which left at least one person dead, media reports said.

Several videos of the fire have gone viral on social media.

“The building’s structural features and a large combustible load complicated efforts to extinguish the fire,” Russia’s Emergency Situations Ministry said in a social media update as quoted by The Moscow Times.

“The fire spread rapidly over a large area due to the formation of strong convection currents from the collapse of the roof and instant access to oxygen,” it said.