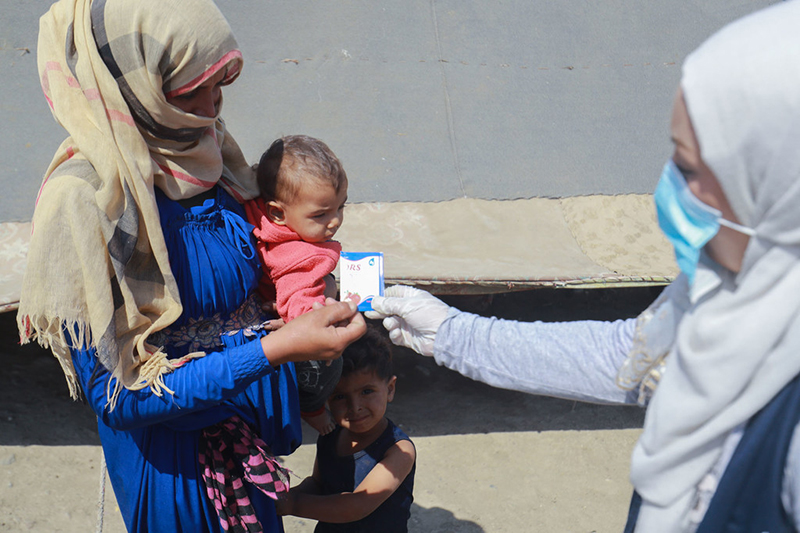 Mr. Pedersen feared the ramp-up in military operations has the potential to unravel a strategic stalemate in the war that has brought relative calm for almost three years.

“In repeated briefings, I have warned of the dangers of military escalation in Syria. I am here in person today to tell you that escalatory dynamics are taking place, and this is worrying and dangerous,” he said.

He reported that in recent months, mutual strikes have slowly increased in the north between the Syrian Democratic Forces (SDF) on one side, and Türkiye and armed opposition groups on the other, with the violence spilling over the border.

Following a deadly bombing in Istanbul earlier this month, Türkiye launched airstrikes on what it said were terrorist targets across northern Syria and Iraq.  SDF strikes on Turkish forces, and armed opposition-controlled areas and inside Turkish territory, also were reported.

Reported terrorist attacks also were carried out against Syrian forces in Government-controlled areas.

Furthermore, strikes attributed to Israel hit Damascus, Homs, Hama and Latakia, prompting Syrian Government anti-aircraft fire in response.  There also were reports of airstrikes on the border between Syria and Iraq, among other incidents.

“Let me therefore call loudly and clearly on all actors to restrain themselves and engage in serious efforts to reinstate the calm, move towards a nationwide ceasefire and a cooperative approach to counter-terrorism in line with international humanitarian law.”

In the interim, Mr. Pedersen continues to work with stakeholders to promote what he called “step-for-step confidence building measures” towards a Syrian-led political process.

He also will further engage with the Government during a visit to Damascus next week.

However, the UN envoy lamented that the Syrian Constitutional Committee has not met for six months, noting that it is the only process that brings together representatives nominated by the Government, opposition, and civil society.

“The longer it lies dormant, the harder it will be to resume. And the absence of a credible political process can only promote further conflict and instability,” he remarked.

‘A fork in the road’

Addressing the overall situation in Syria, Mr. Pedersen worried that “we are at something of a fork in the road”, given the potential for a resumption of major military operations.

“I fear what this would mean for Syrian civilians, and also for wider regional stability. And I equally fear a scenario where the situation escalates in part because there is today no serious effort to resolve the conflict politically,” he said.

He outlined steps for the way forward, which include stepping back from escalation and restoring relative calm on the ground, as well as resuming the Constitutional Committee meetings in Geneva.