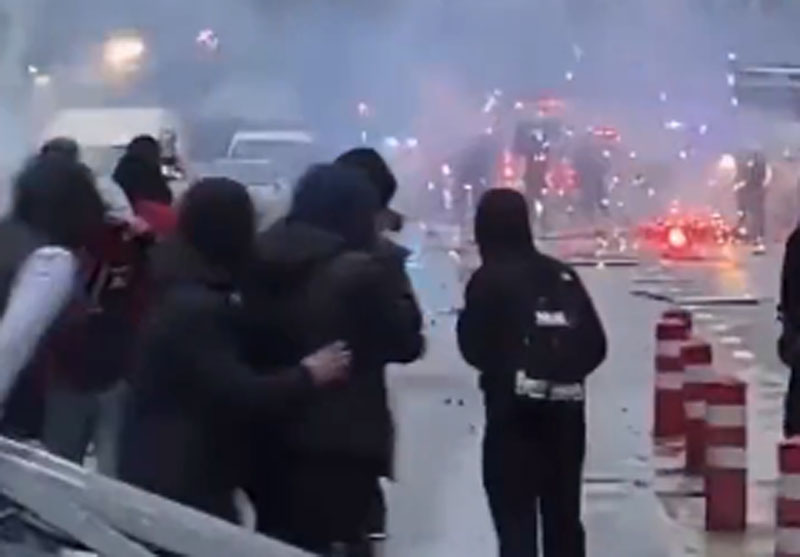 Brussels: Police resorted to tear gas shelling and used water cannons against football fans in  central Brussels on Sunday after violence broke out after Belgium lost their World Cup clash against Morocco.

Riot police were deployed to a Christmas market in the downtown area of the Belgian capital, and police ordered the shutdown of some public transport lines, reports Politico.

People, who resorted to violence, were seen throwing stones and even setting vehicles on fire.

Videos of the violence have gone viral on social media.

“Dozens of people, including some wearing hoodies, sought confrontation with the police, which compromised public safety,” Brussels police said, according to Le Soir as quoted by Politico.

Morocco pulled off another World Cup upset on Sunday as the African side snatched their first victory in 24 years at the tournament with a 2-0 win over Belgium.

Morocco's last World Cup triumph came in 1998 by routing Scotland 3-0, which capped the Scots' last appearance in the tournament.

This is only Morocco's third win in World Cup history with the first came in 1986 by beating Portugal 3-1.