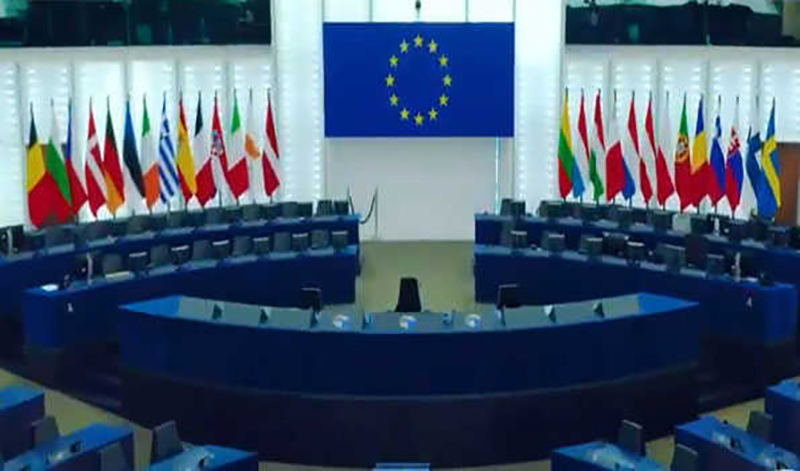 Kiev/UNI: The European Parliament Thursday approved an 18 billion euro ($18.7 billion) conditional loan for Ukraine to cover essential public services and rehabilitation of infrastructure throughout next year.

"The money will go to supporting essential public services - such as running hospitals, schools, and providing housing for relocated people - as well as macroeconomic stability and the restoration of critical infrastructure destroyed by Russia, according to the Commission’s proposal," the European Union (EU) legislature said in a statement.

The loan was approved by 507 votes in favor, 38 against and 26 abstentions.

However, the loan will come with conditions for Ukraine, the European Parliament said.

"It requires reforms to strengthen the country’s institutions and prepare it both for reconstruction and its path towards EU membership," the statement read.

Before disbursing each monthly installment, the European Commission will review the progress made by Ukraine in reforms to fight against corruption, the rule of law, good governance and the modernization of institutions.

The 2023 loan for Ukraine was proposed by the European Commission on Nov. 9.

Since Russia launched its "special military operation" in Ukraine on Feb. 24, Western countries have been providing Kiev with humanitarian, military and financial aid.

Most recently, the EU allocated one billion euros to Ukraine on Oct. 25 and an additional 2.5 billion euros this past Tuesday for reconstruction needs.