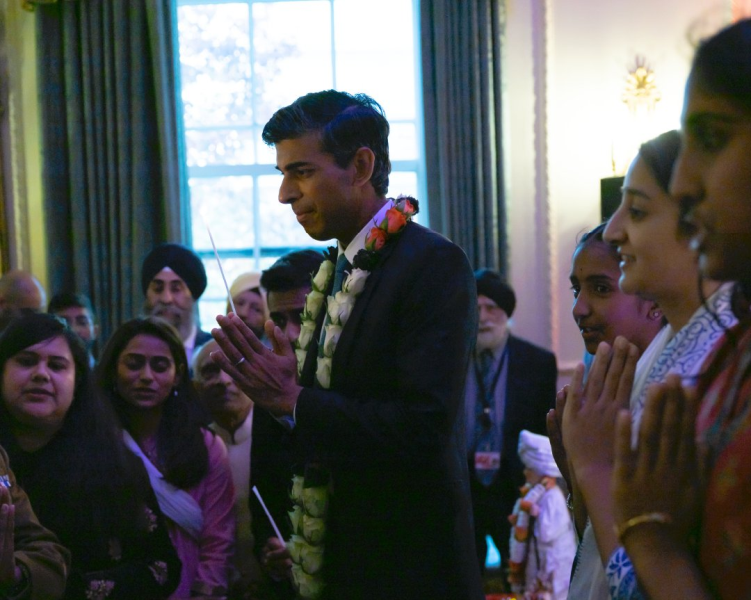 Newly-appointed UK PM Rishi has moved back into the smaller flat above 10 Downing Street, which is usually used as the home of the Chancellor of Exchequer.

Sunak in an interview with 'The Times' Saturday revealed how his Indian wife Akshata Murty and daughters Krishna and Anoushka are settling into life at 10 Downing Street.

Sunak, who has held the post of the Chancellor of the Exchequer, has already lived in the flat.

He revealed Chancellor Jeremy Hunt will be using the larger flat above No. 11 Downing Street as he would appreciate the extra space with three children.

He also said that his daughters were fond of their old home on the famous street when he was the finance minister.

"We thought it would be nice for him [Hunt] to have that bit of extra space so I thought that was the right thing to do," Sunak told the newspaper.

"But also, that was our home for two and a half years. It's nice for us to come back to where we used to be, the kids know it, the kids love it. It was the home Nova [Sunak family labrador] first came to when we picked her up as a family," he said.

"Everyone's really excited about it. I met Jeremy's kids last week. My girls are excited because they know that they've got a labrador like us. There's a lot of kids, a lot of dogs," he said.

Sunak, 42, is the youngest British Prime Minister in 200 years.

He reflects a sense of pride in being the first Hindu in the topmost office of the UK - with a Ganesha statue on his desk.

"As chancellor I was able to light my Diwali diyas on the steps of Downing Street. It said something wonderful about our country that that was possible, but also that it wasn't a big deal. It was in a sense gosh, this is great, but also that's just Britain. That's what you would expect from Britain. Hopefully it's a source of collective pride across the country," he reflected.