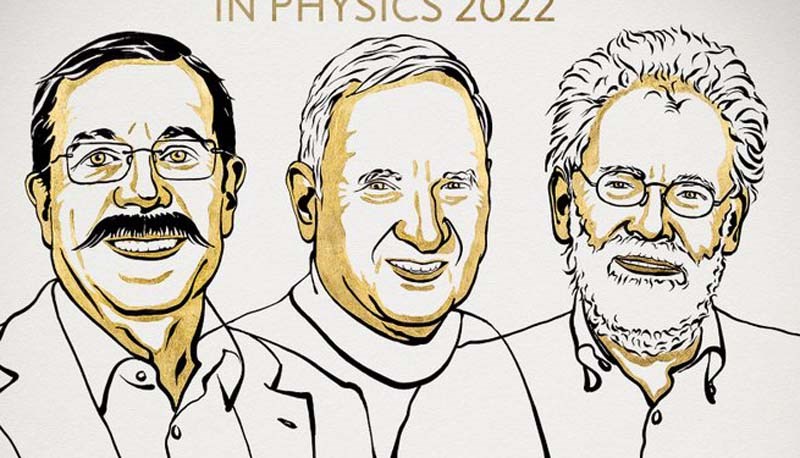 Stockholm: Alain Aspect from France, John F. Clauser from the United States and Anton Zeilinger from Austria won the 2022 Nobel Prize in Physics for their work on quantum information science, the Royal Swedish Academy of Sciences announced on Tuesday.

The awards were given for their "experiments with entangled photons, establishing the violation of Bell inequalities and pioneering quantum information science," the academy said in a statement.

"Their results have cleared the way for new technology based upon quantum information," it added.

Aspect, born in 1947 in France's Agen, is a professor at Paris-Saclay University. Clauser, 80, is a research physicist at J.F. Clauser and Associates in the United States. Zeilinger, 77, serves as a professor at the University of Vienna.

This year's prize amount is 10 million Swedish kronor (about 920,000 U.S. dollars), to be shared equally between the three laureates.