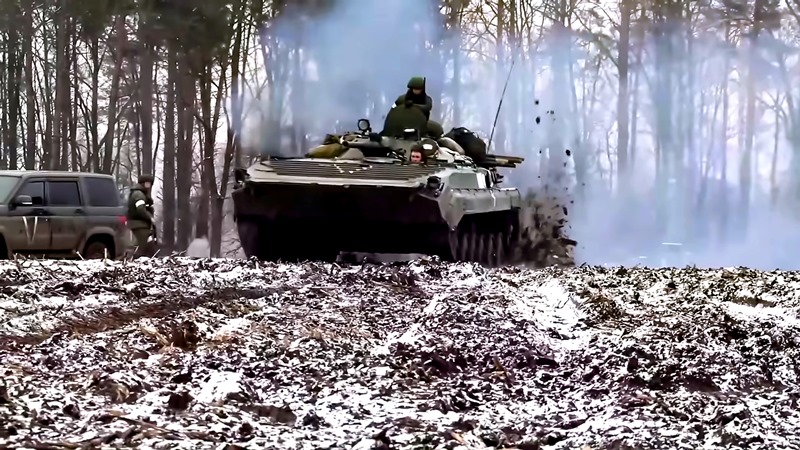 In a major setback for Moscow, Russia today abandoned Lyman, in the east of Ukraine, for fear of getting surrounded.

The fall of  Lyman comes just a day after Russian President Vladimir Putin proclaimed the annexation at a grand ceremony in Kremlin.

"Allied forces were withdrawn from the settlement of ... Lyman to more advantageous lines because of the creation of the threat of encirclement," Russia's Ministry of Defence said, Reuters reported.

Earlier, Kyiv had said its forces had surrounded thousands of Russian troops and later said they had entered Lyman.

The capture of Lyman would enable Kyiv to progress in the Luhansk region, which Moscow announced it had fully captured in early July following weeks of slow, grinding advances, the report added.

Donetsk and Luhansk regions together create the wider Donbas region that has been Russia's prime target since right from the beginning of its military invasion of Ukraine to disarm its neighbour.

There was no response from Moscow for several hours but eventually, the withdrawal of Russian troops was announced.

Meanwhile, Ramzan Kadyrov, the leader of Chechnya, who is a close ally of Russia, said he was unable to remain silent after Russia abandoned a territory, it had annexed a day before.

"In my personal opinion, more drastic measures should be taken, right up to the declaration of martial law in the border areas and the use of low-yield nuclear weapons," Kadyrov wrote on Telegram in a post in which he slammed a Russian general, according to the Reuters report.

"The Russian grouping in the area of Lyman is surrounded," Serhii Cherevatyi, spokesperson for Ukraine's eastern forces, said hours earlier.

However, Russia's Defence Ministry did not confirm the encirclement.

Russia has used Lyman as a logistics and transport base in the war for its operations in the north of the Donetsk region, said the report.

Ukraine will make the biggest battlefield gain with Lyman's fall after a lightning counteroffensive in the northeastern Kharkiv region last month, after which Putin asked Ukraine to come to the negotiation table.

Vladimir Putin proclaimed the Donbas regions of Donetsk and Luhansk and the southern regions of Kherson and Zaporizhzhia to be Russian land in Friday's ceremony - a large territory equivalent to about 18 percent of Ukraine's total surface land area.