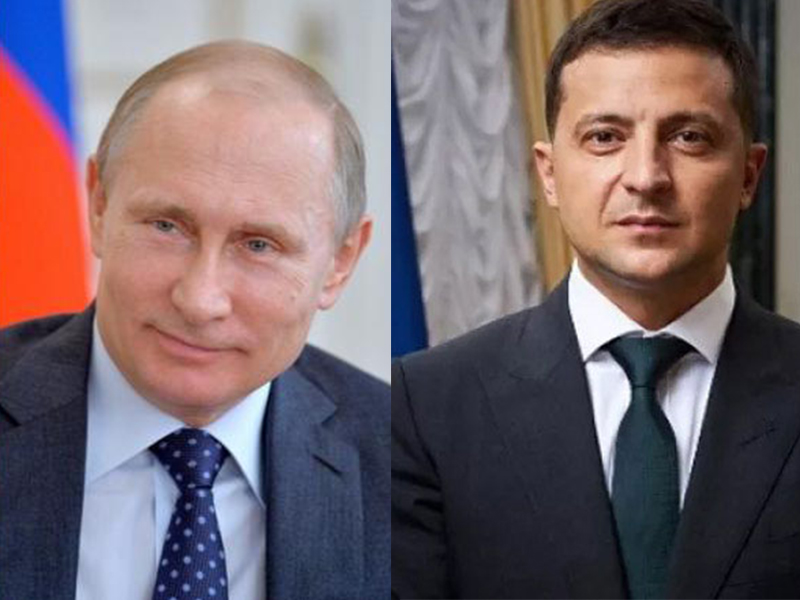 "We have already proven our compatibility with (NATO) alliance standards," Zelensky said in a video posted by the Ukrainian presidency on social media.

"We are taking a decisive step by signing Ukraine's application for accelerated accession to NATO," he added.

He also asserted that Kyiv wouldn't negotiate with Russia, which initiated a "special military" action against Ukraine, as long as Vladimir Putin was in power.

"Ukraine will not hold any negotiations with Russia as long as Putin is the president of the Russian Federation. We will negotiate with the new president," Zelensky said.

Zelensky's remarks came after Putin signed treaties to annex four regions -- Donetsk, Kherson, Lugansk, and Zaporizhzhia -- at a grand ceremony in the Kremlin.

Earlier, Russia had installed leaders in all four regions.

After signing the treaties, Putin said, "We will defend our land by all means. This is the liberation mission of the Russian people."

The Russian-backed leaders of the newly annexed region had pleaded for the move.

"Russia will ensure the security of the Donetsk, Lugansk, Kherson and Zaporizhzhia regions, as well as help restore infrastructure," Putin added.

After Ukraine's stunning counteroffensive in the Kharkiv region, Putin has called on Kyiv to 'immediately' end military action and get back to the negotiation table.

"Russia is ready to return to the negotiating table with Ukraine. But Moscow will not discuss the results of the referendums in the liberated territories," Vladimir Putin said in the grand ceremony.

He maintained that people living in these regions have become Russian citizens forever.

In the defence of Moscow's action, Putin slammed the West, saying that it was trying to colonise Russia.

"The West makes every effort to preserve the neo-colonial system, which allows it to rob the world and collect tributes from humanity," he said.

On the use of nuclear weapons, Putin pointed out that the United States is the only country to have nuclear weapons twice in the past creating a precedent.