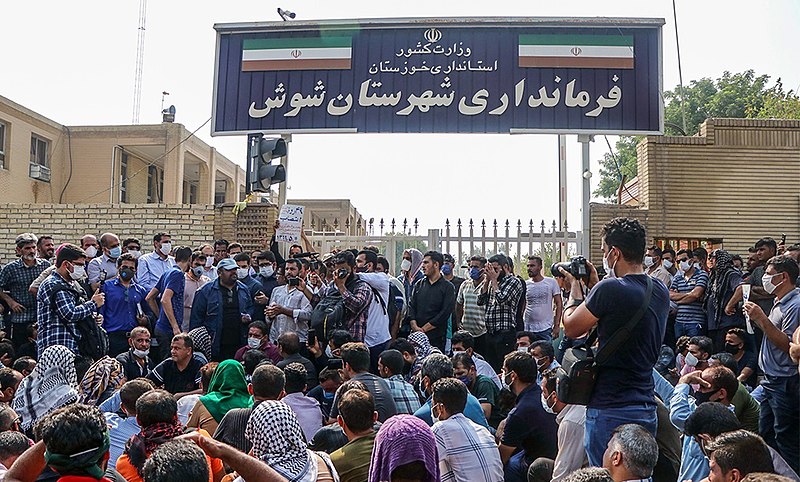 Mahsa Amini protest: US to ease internet curbs for Iranians

Washington: US Secretary of State Antony Blinken on Friday said his government will ease internet curbs on Iran to counter Tehran's clampdown on protests which were sparked by a woman's death in police custody leading to 35 deaths in the worst unrest in Iran for years.

"We took action today to advance Internet freedom and the free flow of information for the Iranian people, issuing a General License to provide them greater access to digital communications to counter the Iranian government’s censorship," Blinken tweeted.

We took action today to advance Internet freedom and the free flow of information for the Iranian people, issuing a General License to provide them greater access to digital communications to counter the Iranian government’s censorship.

The U.S. Department of the Treasury issued Iran General License (GL) D-2 to increase support for internet freedom in Iran by bringing U.S. sanctions guidance in line with the changes in modern technology since the issuance of Iran GL D-1.

On Wednesday, the Iranian government cut off access to the Internet for most of its 80 million citizens to prevent the world from watching its violent crackdown on peaceful protests sparked by the brutal death of Mahsa Amini in the custody of Iran’s Morality Police.

While Iran’s government is cutting off its people’s access to the global internet, the United States is taking action to support the free flow of information and access to fact-based information to the Iranian people.

The updated guidance will authorize technology companies to offer the Iranian people more options of secure, outside platforms and services.

“As courageous Iranians take to the streets to protest the death of Mahsa Amini, the United States is redoubling its support for the free flow of information to the Iranian people,” said Deputy Secretary of the Treasury Wally Adeyemo. “Today, Treasury is announcing the expansion of Iran General License D-2, which will expand the range of internet services available to Iranians. With these changes, we are helping the Iranian people be better equipped to counter the government’s efforts to surveil and censor them. In the coming weeks, OFAC will continue issuing guidance to support the Administration’s commitment to promoting the free flow of information, which the Iranian regime has consistently denied to its people.”