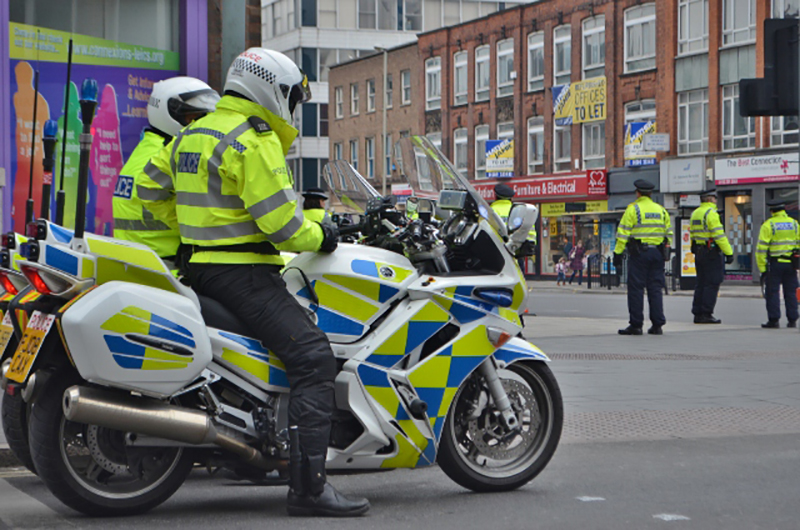 London: A man, who was sentenced for carrying a knife at a protest in Leicester in Britain at the weekend, said he was influenced by social media.

Adam Yusuf, 21, received a suspended jail sentence after admitting possessing a knife at a march on Sunday. The protest followed unrest on Saturday in which 25 officers and a police dog were injured, BBC reported on Wednesday.

It came amid tensions involving mainly young men from sections of the Muslim and Hindu communities.

"There are significant things on there which are false," he said, citing assaults of people and attacks on religious establishments as examples, the BBC reported.

"My plea is that please, if people are seeing information on social media, if they can't validate it, please don't circulate it.

"Because what we know people are doing is they are receiving fake news via social media and then they are forwarding it on, so it's amplifying the problem, and it's raising fear."

Yusuf, of Bruin Street in Leicester, is one of two people who have already been sentenced in relation to the disorder.

Leicester Magistrates' Court heard Yusuf told the probation service he had been "influenced by social media" in relation to events taking place near where he lived and was "upset".

He was sentenced to a year in prison, suspended for 18 months, the BBC report said.

Sentencing Yusuf, the magistrate told him: "This behaviour will not be tolerated and brings shame on our city and community relationships."

Nixon said arrests will continue "for several weeks, if not months".

"We have about a 50-strong investigation team that are wrapping across all of these different elements and I know that we're starting to identify imagery of people," BBC quoted him as saying.

On Monday, Amos Noronha, 20, of Illingworth Road, Leicester was jailed for 10 months after pleading guilty to possession of an offensive weapon following his arrest on Saturday night.

A third man, Lukman Patel, 31, of Homeway Road, Leicester, remains in custody after pleading not guilty to possession of an offensive weapon and racially aggravated harassment/alarm/distress.

Police said "proactive patrols" continued in East Leicester overnight between Monday and Tuesday, and no new incidents had been reported.

Nixon said the main disorder on Saturday had been sparked by a protest, and police had not known so many people would become involved.

"So you've got 800 or 900 people in a really close area, being protected by about 100 or so officers, and I think my officers did an amazing job in really difficult circumstances."

The arrests have included people from outside of the city, including some from Birmingham.

Community leaders in the city have joined police in calling for calm, BBC reported.

Reading a joint statement from the Hindu and Muslim communities, Pradip Gajjar said: "The two faiths have lived harmoniously in this wonderful city for over half a century.

"We arrived in this city together, we faced the same challenges together and collectively made this city a beacon of diversity and community cohesion.

"We together call upon the immediate cessation of provocation and violence both in thought and behaviour."