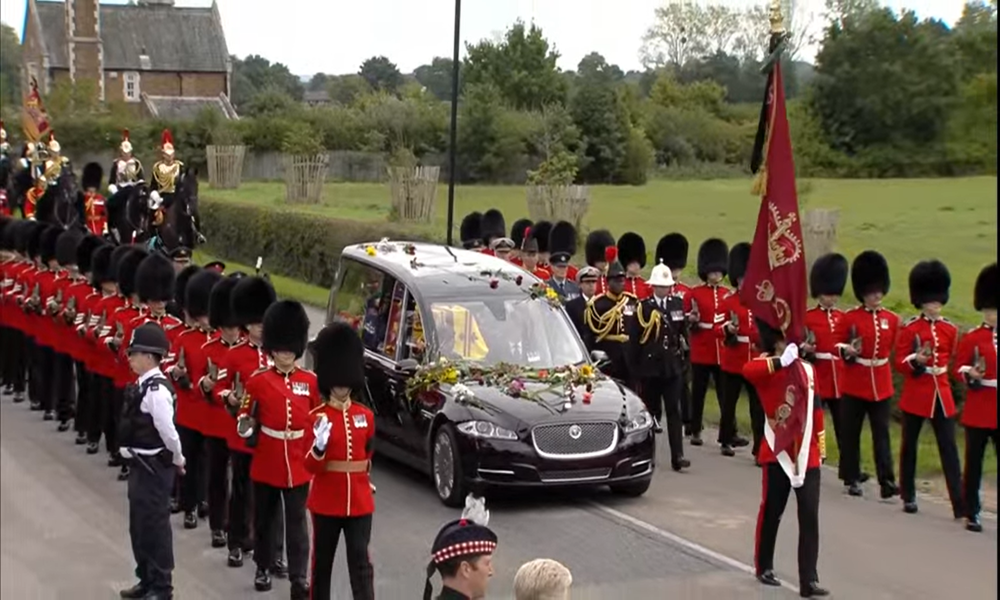 London: The committal service for Queen Elizabeth II has now ended, after which her coffin was lowered into the vault at St George's Chapel at Windsor Castle, ahead of a private burial service later.

Before the committal, her coffin was taken in a procession along Windsor's Long Walk. Earlier, the Queen’s coffin arrived at Windsor Castle for burial.

Her Majesty The Queen’s coffin makes its final journey down the Long Walk to Windsor Castle for the Committal Service at St George's Chapel. pic.twitter.com/vqczfMENlM

The Queen's coffin was lowered into the Royal Vault, set below the chapel, where many royal family members have been laid to rest, CNN reported.

However, the event at St. George’s marks the end of public ceremonial arrangements for the late monarch. A private burial service will be held for the family later Monday evening, the report said.

Later, the Queen will be relocated to the King George VI Memorial Chapel, located elsewhere within St. George's, where she will be laid to rest alongside her beloved husband of 73 years, Prince Philip, it added.

As The Queen's Committal Service comes to a close, Her Majesty's Piper plays a lament. pic.twitter.com/4DVIUuCoPO

World leaders and monarchs bid farewell to the Queen. President Biden, French President Emmanuel Macron and Canadian Prime Minister Justin Trudeau are among the world leaders who have arrived at the abbey, while six former British prime ministers are also present.

Closest to the Queen's coffin were her four children and their spouses. King Charles III and his wife Camilla, the Queen Consort, sat alongside the Princess Royal and her husband, the Duke of York and the Earl and Countess of Wessex, BBC reported.

Duke and Duchess of Sussex sat directly behind the King while the Prince and Princess of Wales sat across the aisle from them.