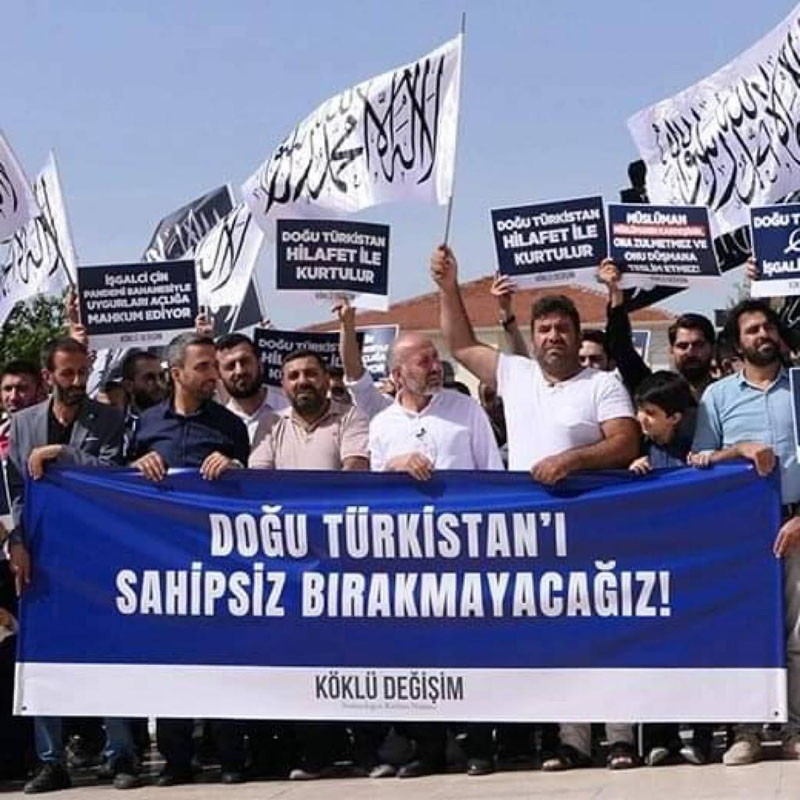 Istanbul: The protests against China's 'Hunger Genocide' in East Turkestan under the pretext of controlling the Covid-19 pandemic, continues to gather support from Islamist groups and local Turkish populace. Following the Friday prayers on Sept 16, at the Fatih Mosque, Istanbul, hundreds marched in support of their Muslim Uyghur brothers and sisters under the banner 'We will not leave East Turkestan unclaimed'.

A press statement was also released pointing out that the Chinese atrocities in East Turkestan were continuing unabated and Turkish Muslims should come forward and protect their Uyghur brothers.

Leading the protest, the head of Islamist group Hizb-ut-Tahrir's Turkiye media office, Mahmut Kar, read out a press statement calling upon the rulers and commanders of Muslims.
"Will you sacrifice Muslims to politics by using the economic agreements you made with China as an excuse...Will you ignore the lord's reckoning for the cheap loans you took from China....the oppressed people living in East Turkestan and Uyghur refugees here are waiting for your help...from whom should the Uyghurs seek help, not from you?...from the UN or NATO....are you not ashamed at all..... because you condemned the Uyghur people to this despair," Mahmut Kar said. 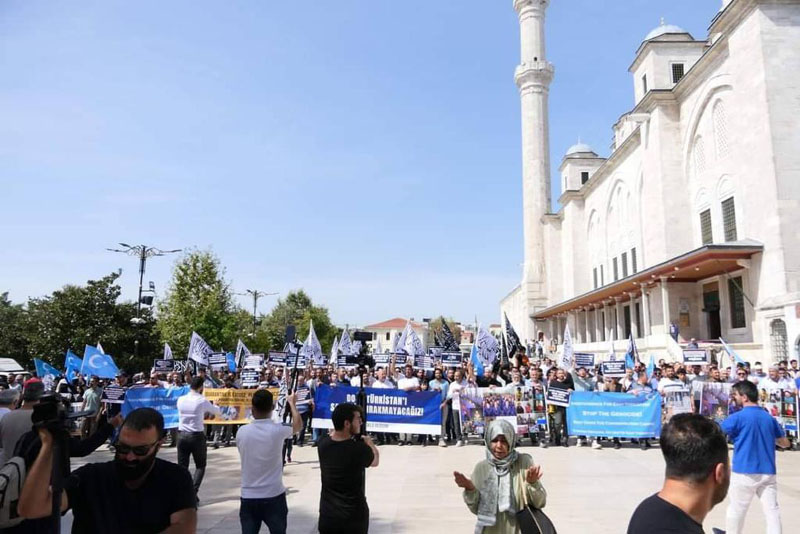 He highlighted that China is prosecuting Muslims in their own homes citing the Covid-19 pandemic.

Doors of houses are closed by welding on the pretext of quarantine.

In the cities of East Turkestan like Gulca (Ili Kazakh Prefecture) Muslims are not able to get essential supplies. The Chinese regime is deliberately depriving Muslims of food, leaving them to die.

Mahmut challenged, "O invading Chinese regime! O infidel China! We are calling you from the lands of Turkiye which has been the centre of the Caliphate for many years....you will never extinguish the light of Islam...when the Rashid Caliph takes the head of Muslims....you will encounter such an army...neither the Great Wall of China nor the large population can save you."

A similar protest and press statement was reported after the Friday prayer at Ankara Hacibayram Mosque. 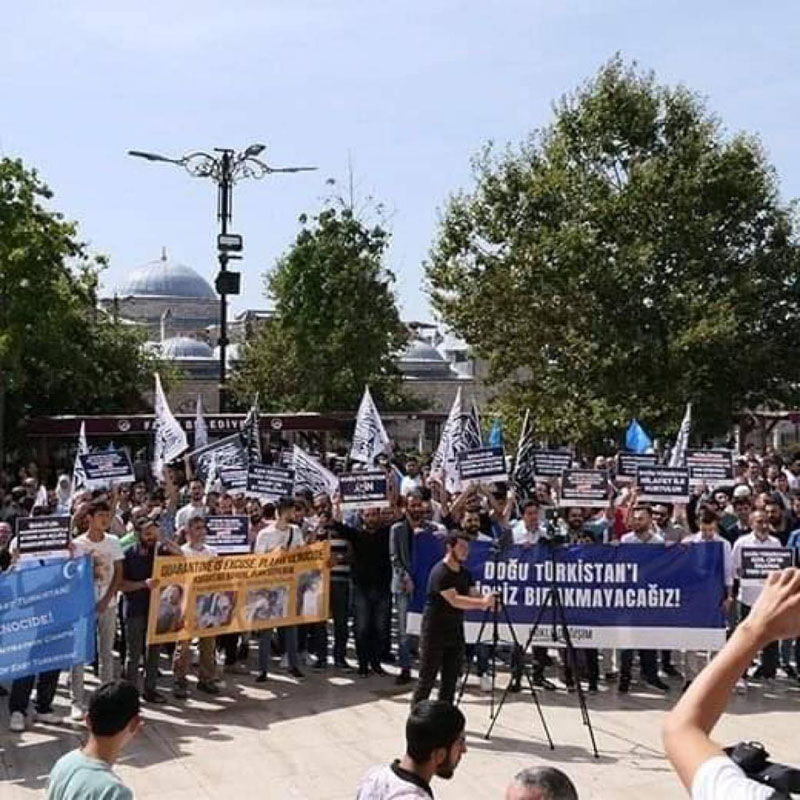 Earlier this month, Muslims, including Uyghurs, had taken part in a huge prayer event in Kucucekmece Fatih Mosque in Istanbul to pray for their unprotected brothers and sisters facing the 'hunger genocide' in China.