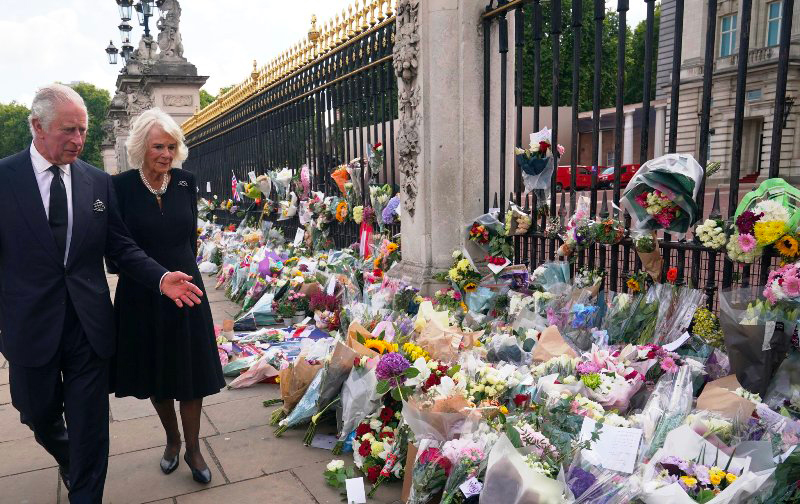 New Delhi/IBNS: Britain's King Charles III made his first address to the mourning nation on Friday following the demise of his mother and the country's longest-reigning monarch Queen Elizabeth II at the age of 96.

Following the Queen's death, her eldest son Charles succeeded as the new monarch.

King Charles III will officially be proclaimed as Britain's new monarch on Saturday morning at a meeting of the Accession Council in Buckingham Palace said.

In his address to the nation, King Charles III said: "Queen Elizabeth's was a life well lived, she is mourned deeply. I promise the life long service in all the countries. There's a deep sense of gratitude where my mother has served."

The Queen died peacefully at Balmoral this afternoon.

The King and The Queen Consort will remain at Balmoral this evening and will return to London tomorrow. pic.twitter.com/VfxpXro22W

"The affection, admiration, became a hallmark of her realm. She combined these qualities. I pay tribute to my mother's memories. I know her death brings sadness. I share that sense with you all," he said.

The King pledged to serve the nation with dedication like his mother.

"As the queen herself did her service with dedication, I also pledge my dedication to the constitution. I shall endevour to serve you with loyalty and love," he said.

"I solemnly pledge to uphold the constitutional principles at the heart of our nation."

Speaking about his wife Camila's new role, King Charles III said: "Camila becomes my queen consort, she will bring devotion to duty and as my heir, William, will succeed me and take on the responsibility of Prince of Wales."

"I want to also express love for Harry and Meghan as they build their life overseas," he added.

"To my darling mumma, as you begin your last journey, thank you for your service, may flights of angel sing to thy rest," the new monarch concluded.

King Charles III will officially be proclaimed as Britain's new monarch on Saturady morning at a meeting of the Accession Council in Buckingham Palace said.

The formal body overseeing the succession from Queen Elizabeth II will meet from 2:30 pm IST, with a first public pronouncement from a balcony of St James's Palace in London at 4:30 pm IST.

The British government declared a period of mourning for Queen Elizabeth, and a ceremonial 96-gun salute was fired in her memory from London's Hyde Park and the Tower of London in the capital, Edinburgh Castle in Scotland, Hillsborough Castle in Northern Ireland and Cardiff Castle in Wales, as well as the Channel Islands and Gibraltar.

The state funeral is expected to take place in Westminster Abbey in central London on Sept 19.

The queen's coffin will be taken to Windsor Castle for a televised committal service at St George's Chapel.