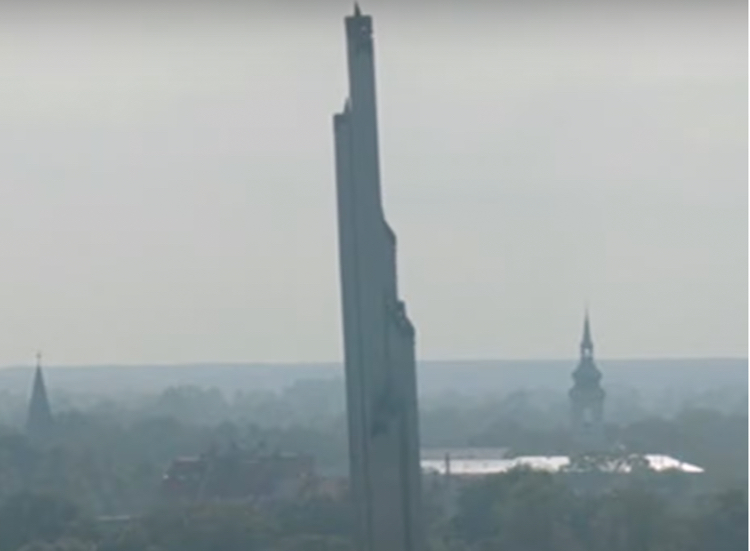 Riga (Latvia)/IBNS: In an outpour of symbolic support towards war-torn Ukraine, Latvia on Thursday tore down a Soviet-era obelisk embedded with Russian stars that celebrated Red Army's win over Nazi Germany.

This is the latest among many Soviet-era structures to have been brought down after Russia's move to attack Ukraine.

The 80-feet monument fell onto a closeby pond at Victory Park creating a huge thud and splash effect.

The obelisk was built in 1985 when the northern European country was controlled by the Soviet Union.

The commemorative structure had five spires topped with three Russian stars and stood between a woman with her arms held high, representing the 'motherland', and a band of three Red Army soldiers.