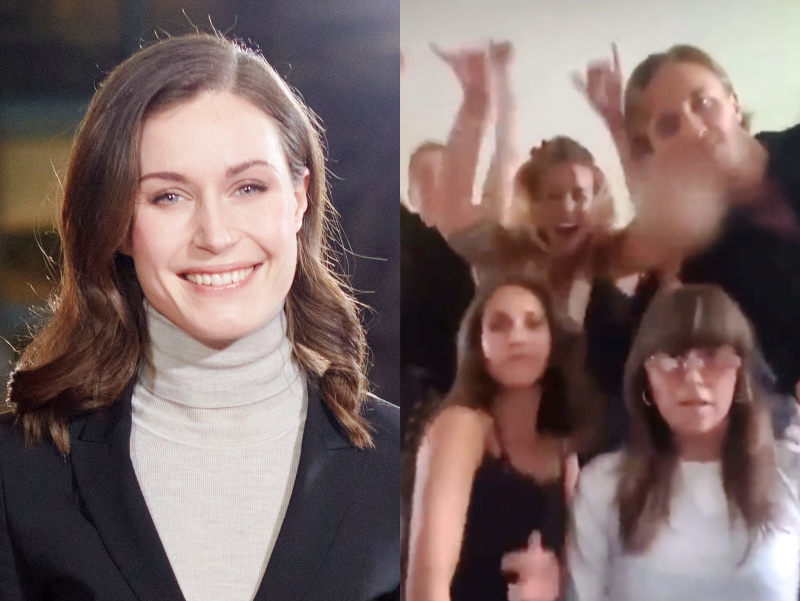 Finland Prime Minister Sanna Marin is facing massive backlash after a leaked video of her dancing wildly and partying hard with friends has gone viral.

In the footage, presumed to be taken from social media, she and friends including Finnish celebrities are seen dancing and singing.

She has faced criticism from opposition parties, with one leader even demanding that she take a drug test.

Formerly the world's youngest head of government, Marin, 36, has always been open about partying and has often been photographed at music festivals.

Last year, she apologised for going out to a club after coming into close contact with a Covid-19 case.

Commenting on the video on Thursday, she was quoted by BBC as saying she knew she was being filmed but was upset that the video had gone public.

"I danced, sang, and partied - perfectly legal things. And I've never been in a situation where I've seen or known of others [using drugs]," she added.

Finland’s Prime Minister @MarinSanna is in the headlines after a video of her partying was leaked today.

She has previously been criticized for attending too many music festivals & spending too much on partying instead of ruling.

The critics say it’s not fitting for a PM. pic.twitter.com/FbOhdTeEGw

Meanwhile, opposition party leader, Riikka Purra, called for Marin to take a voluntary drug test, saying there was a "shadow of doubt" hanging over the prime minister.

MP Mikko Karna, a member of the Centre Party who serve in Marin's coalition government, tweeted that "it would be wise" for her to "voluntarily undergo a drugs test".

On being asked about the same, Marin appeared open to the suggestion, saying"not used drugs" and had "no problem taking tests".

"I have a family life, I have a work life and I have free time to spend with my friends. Pretty much the same as many people my age," she said.

She added that she felt no need to change her behaviour. "I am going to be exactly the same person as I have been until now and I hope that it will be accepted," the 36-year-old prime minister added.

Other opposition party politicians have criticised both the prime minister and the media for talking about partying, ignoring more significant domestic problems.

Marin came to power in December 2019 and retains the support of her party to date.