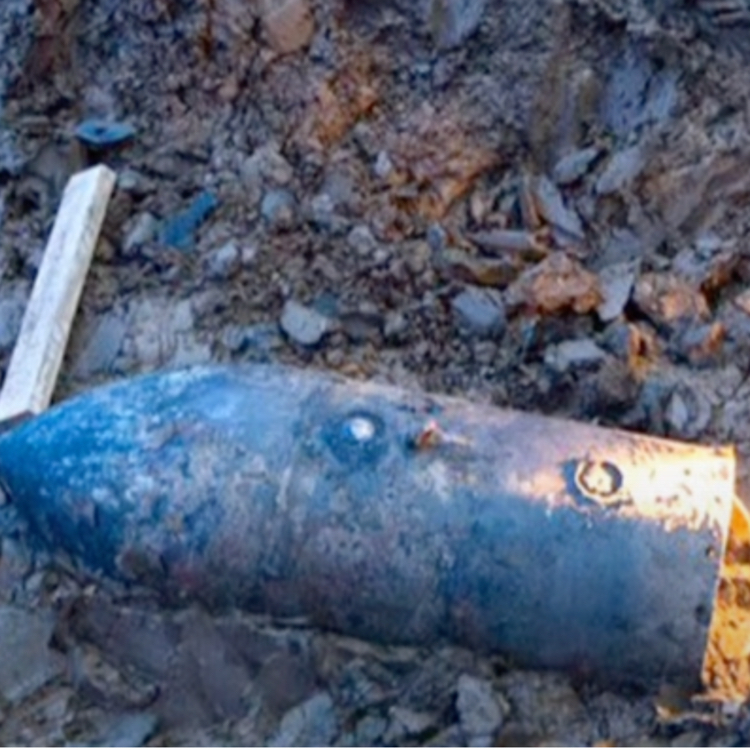 Rome: An unexploded World War II bomb submerged in an Italian river has been revealed due to an extreme drought.

The 450kg (1,000lb) bomb was found by the fishermen on the banks of the depleted River Po, Italy's longest river, flowing from the south-western Alps down to the Adriatic Sea.

The bomb was found by fishermen on the bank of the Po river, international media reported.

The unexploded device, which Italian military officials said contained 240kg of explosive, was discovered near the Lombardy village of Borgo Virgilio in July.

Some 3,000 nearby residents were reportedly evacuated so that bomb disposal experts could safely carry out a controlled explosion on Sunday.

The area's airspace was shut down for a brief time, as well as the river traffic on the waterway itself, the BBC report said.

Annual satellite images from this year showed expanding patches of dried-up riverbed as a result of extreme drought.