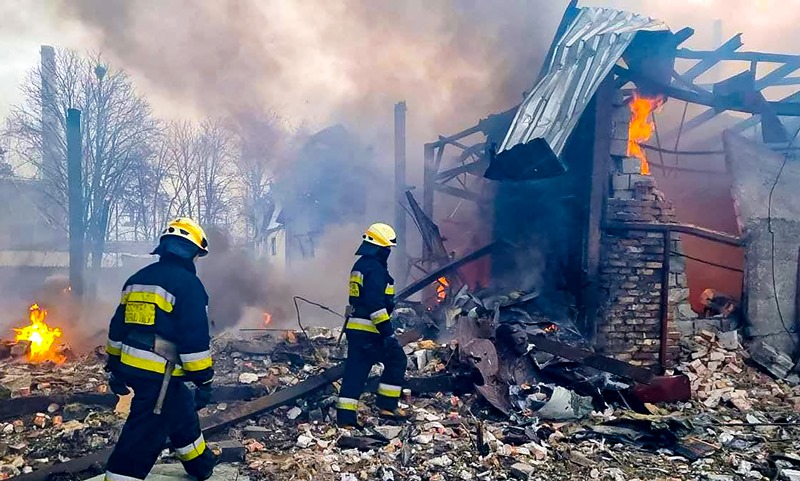 The state emergency service, DSNS, says 16 people were killed in a nine-storey building hit by one missile in the village of Serhiyivka, reports BBC.

Another five people, including the child, were killed in a separate strike on a holiday resort in the village, the British media reported.

For the past several days, Russia has fired dozens of missiles on several Ukrainian cities.

"We heard three explosions and now there is nothing left of the recreation centre," local resident Yulia Bondar, 60, told the BBC.