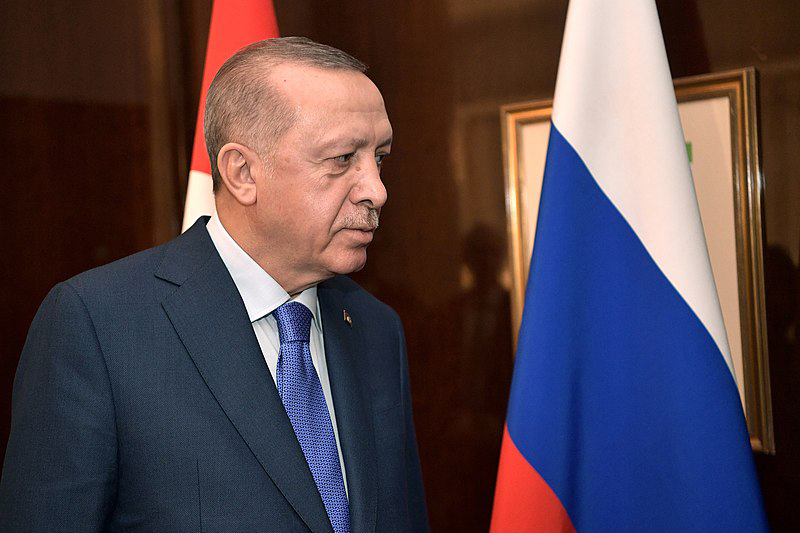 Istanbul, Turkey: Turkish President Recep Tayyip Erdogan's chance of retaining his seat following the elections seems to be bleak as the country is passing through a troubled economic situation that has been magnified by issues like soaring inflation and continuous fall of the Turkish Lira.

As the value of the Turkish Lira is falling continuously against the American dollar, the depreciation has eroded the purchasing capabilities of consumers and companies as a result of which the rising cost of food, medical care, energy and other essentials has pushed millions of Turkish citizens closer to poverty, the policy Research Group reported as quoted by Indian news agency ANI.

In fact, during the 2019-20 fiscal, the Central Bank of Turkey sold USD 128 billion in a ‘Save Lira’ campaign which led to the shrinkage of reserves to a record low of USD 7.55 billion instead of propping up the Lira.

Ankara tried to lower interest rates numerous times to calm inflation and expand its economy however, the move ended up as a disaster for the beleaguered President as gasoline prices increased to 9.67 TL from 7.76 TL in November 2021 and now stand at 19.80 TL, with an increase of 105 percent, reports ANI.

President Erdogan played a key role in the Ukraine-Russia conflict by hosting grain shipments and cease-fires, providing Ukraine with drones, and blocking Sweden and Finland from entry into NATO for its own convenience.

As per the reports by POREG, Turkey’s inflation almost touched the 75 percent mark, the highest in any G-20 nation.

Due to the Ukraine war and the subsequent disruptions in the supply chain, Turkey imports almost all of its energy needs making it vulnerable to price swings in the world energy market.

Moreover, Turkey has no insurance on the commodities front as well.

Turkey’s poverty threshold for a family of four has risen to 16,052 Liras four months ago which is almost four times higher than the minimum wage which stands at 4,250 Liras, the policy research group reported as quoted by ANI.

At the same time, the hunger line reached 4,928 Liras, which is 675 Liras more than the minimum wage. The unemployment rate as per Turkstat rose to 22.9 percent this January as the reign of repression continues.

Turkey has already slipped into election mode with the polls scheduled to take place next year.