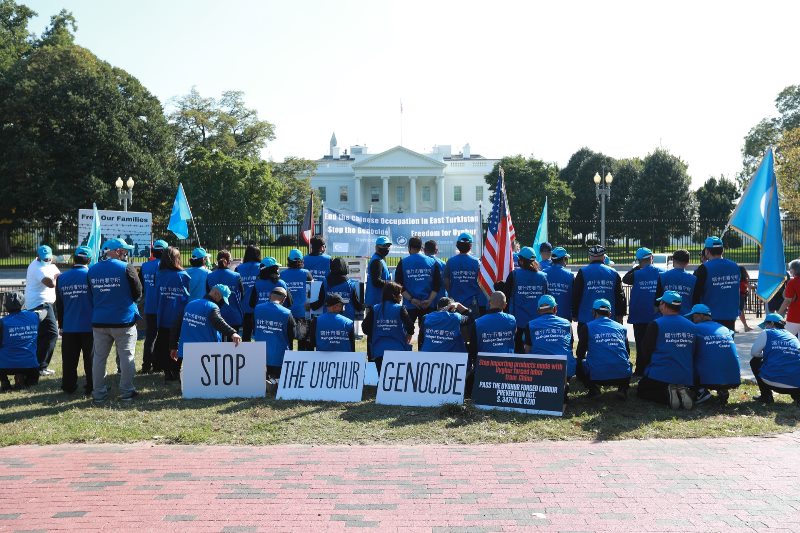 London: The World Uyghur Congress (WUC) applauded the passing of a resolution in the European Parliament, by an overwhelming majority, which recognises that the Chinese government’s systemic human rights violations against the Uyghur people in East Turkistan “amount to crimes against humanity and a serious risk of genocide”.

Calling upon the EU and its member states to “take all necessary steps in accordance with the UN Genocide Convention to end these atrocities”, the passed resolution marks a historic appeal for accountability mechanisms to bring justice to the Uyghur people.

“The Xinjiang Police Files have clearly been a wake up call for the European Parliament to sense the urgency of the situation and the need for effective action”, WUC President Dolkun Isa said. “The EU and its Member States must now act upon these calls and do everything they can, in cooperation with governments and civil society worldwide, to end the Uyghur genocide”.

After the U.S., Canada, U.K., the Netherlands, Lithuania, Czech Republic, Belgium, France, and Ireland, the European Parliament becomes the tenth legislative body worldwide to pass a resolution recognising the crimes against humanity and (serious risk of) genocide being carried out against the Uyghur people, confirming the findings of the independent Uyghur Tribunal.

Next to the recognition of a “serious risk of” genocide, the resolution also contains important other appeals, such as a call upon the UN High Commissioner for Human Rights to immediately publish her independent report on the situation in East Turkistan, noting the European Parliament’s regret that the High Commissioner “failed to clearly hold the Chinese government accountable”.

The WUC also welcomes the passing of another resolution in the European Parliament today, on a new trade instrument to ban products made by forced labour.

The resolution sets out strong recommendations to the European Commission ahead of the latter’s proposal for an instrument to ban the imports of forced labour products onto the EU market, expected in September.

As the U.S. Uyghur Forced Labor Prevention Act (UFLPA) will come into effect on June 21st, a robust EU mechanism will be crucial to ensure uniform responses against Uyghur forced labour across jurisdictions.

The WUC expresses its heartfelt thanks to all MEPs who have made crucial contributions to both resolutions, as a show of their longtime, steadfast commitment to defend and promote Uyghur human rights and freedoms.

As a next step, the WUC urges the EU and its member states to act upon the calls of the European Parliament, in particular to take all necessary steps in accordance with their obligations under the UN Genocide Convention to end the Uyghur genocide.