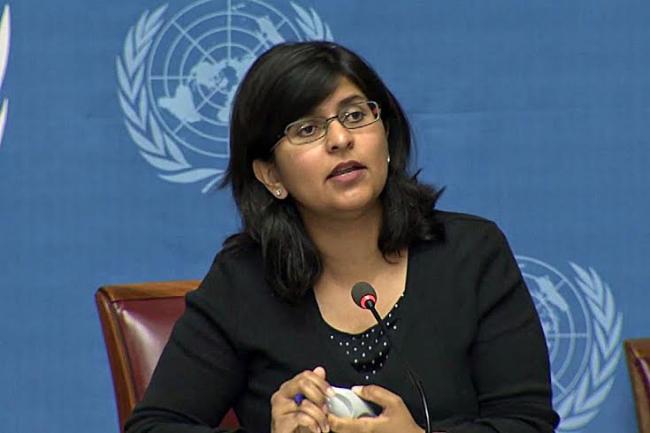 India Blooms News Service | | 30 May 2015, 02:47 pm
#UN High Commissioner for Human Rights
New York, May 30 (IBNS): Welcoming Nebraska as the nineteenth state in the United States to abolish the death penalty, the Office of the UN High Commissioner for Human Rights (OHCHR) today urged the Federal Government to engage with those states retaining the policy towards achieving a nationwide moratorium as a first step to abolition.

“We welcome the abolition of the death penalty in the state of Nebraska on Wednesday,”said OHCHR spokesperson Ravina Shamdasani, who added that Nebraska has not executed any inmates since 1997. States, such as Colorado, Delaware, Montana and Kansas, whose legislative bodies are currently debating the abolition of the death penalty, are encouraged to follow Nebraska’s lead, Ms. Shamdasani said. OHCHR also called on the US Federal Government, at the recommendation of the Human Rights Committee in March 2014, to establish a federal level moratorium on the death penalty, while engaging “retentionist states with a view to achieving a nationwide moratorium,” as a first step towards abolition. The number of people executed each year, and the size of the population on death row in the US have progressively declined in the past 10 years. In 2014, the death penalty was carried out only by seven states, and the number of executions was 35, the lowest since 1994. Photo: UN Multimedia