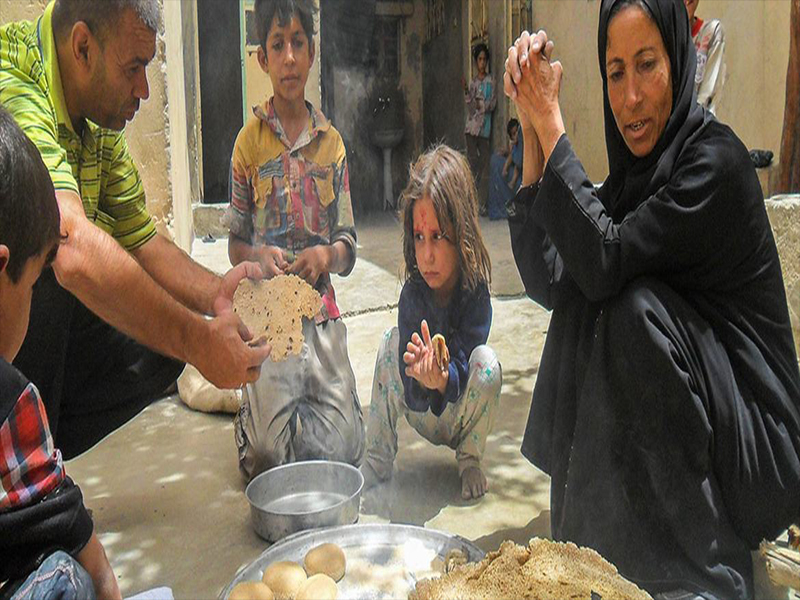 UNDP steps up efforts to keep Syrians off the daily breadline

New York: As the Syria war enters its 12th year, the impact that the war in Ukraine is having on food security, is being felt by the most vulnerable Syrians, the UN Development Programme (UNDP) said on Wednesday.

Food insecurity in Syria has reached an historic high, amidst a downward socio-economic spiral, while humanitarian needs soar to peak levels. UNDP and other humanitarian partners are now ramping up their response, focusing on that most basic of needs – affordable, daily bread.

With an estimated 60 per cent of Syrians food insecure, UNDP is working within the Syria Humanitarian Response Plan (HRP) framework to assist the most vulnerable.

Around 12.4 million people depend on bread from public bakeries to meet their minimum daily calorie intake. Through the HRP, UNDP and partners have launched a series of integrated humanitarian interventions to strengthen the wheat-to-bread value chain, that has been greatly disrupted by years of conflict and drought.

It also encompasses the rehabilitation of the country’s only public yeast factory, located in Homs governorate.

Before the crisis, Syria had four State-owned factories that provided around 113 tonnes of yeast to an extensive network of public bakeries throughout the country on a daily basis.

Today, only the Homs factory is left, and it’s operating at a much-reduced scale.

Only six to 10 tonnes of yeast – five to nine per cent of pre-crisis production – are produced and distributed each day to public bakeries in Aleppo, Homs, Hama, Tartous and Lattakia governorates.

And there are no major, private yeast producers in the country.

This means yeast must be imported, at great cost – given the acute devaluation of the Syrian pound – driving up bread prices as vulnerable households can only cover 50 per cent of their basic costs.

Increasing yeast production in Homs represents “a high-impact intervention to rapidly and significantly scale up access” to affordable bread in these governates, which contain roughly one-third of the country’s food insecure population targeted by the humanitarian response, according to UNDP.

Based on UNDP technical assessments, rehabilitating the Homs yeast factory will cost approximately $1 million, which will be divided between the technical rehabilitation of yeast processing (80 per cent) and packaging equipment, factory safety and hygiene standards (20 per cent).

Once completed, the factory is expected to produce 24 tonnes of yeast daily for distribution to public bakeries in those areas and enable an additional three million vulnerable Syrians to afford their daily bread.

UNDP’s overarching objective in Syria is to deliver much needed early recovery assistance to crisis-affected populations.

Access to essential humanitarian services such as health, education, safe water and affordable food, are critical to the resilience of vulnerable Syrian communities.

UNDP prioritizes assistance based on independent and thorough needs assessments, such as those presented in the Humanitarian Needs Overview (HNO) and UNDP’s specific studies and sector assessments.

The agency said it was “committed to meeting needs in a principled way that advances basic human rights and mitigates risks across its operations to ensure that assistance is needs based, free from interference, and in line with humanitarian principles”.