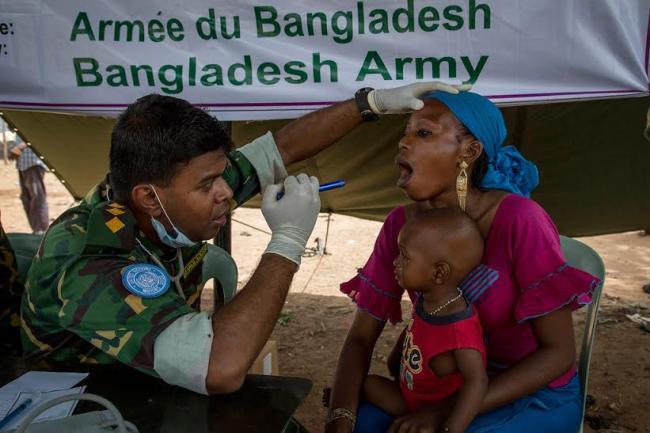 Ban deplores shooting incident in Mali that killed one

India Blooms News Service | | 29 May 2015, 09:27 am
#Ban deplores shooting incident in Mali that killed one
New York, May 29 (IBNS): Secretary-General Ban Ki-moon has deplored the shooting incident that took place in Bamako, Mali, on Monday, 25 May, during which a peacekeeper with the United Nations Multidimensional Integrated Stabilization Mission in Mali (MINUSMA) was killed and another injured.

“He expresses his sincere condolences to the family of the victim and the Government of Bangladesh. He wishes a speedy recovery to the injured peacekeeper,” said a statement released from Ban’s spokesperson’s office today.

The Secretary-General also called on the Malian authorities to swiftly and thoroughly investigate the incident and bring the perpetrators to justice.

He also reaffirmed the willingness of MINUSMA to cooperate closely with Malian authorities in this effort.