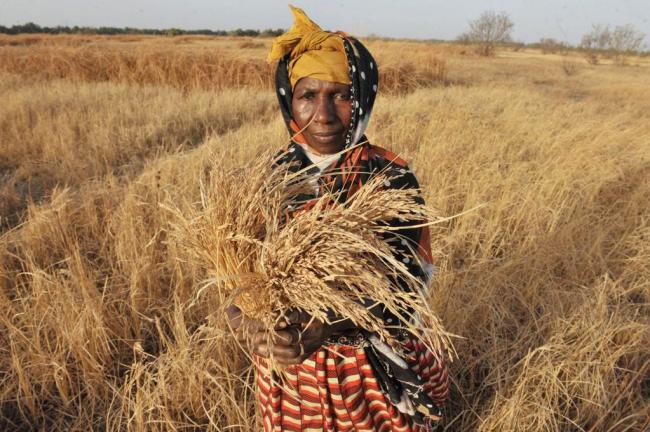 India Blooms News Service | | 28 May 2015, 09:08 am
#Joint UN report says rate of world hunger dropping amid wider eradication efforts
New York, May 28 (IBNS): The number of the world's chronically undernourished has dropped below the 800 million mark as an increasing number of countries hit their Millennium Development Goal (MDG) targets on hunger, according to a new United Nations report released on Monday by the Organization's three food agencies.

The State of Food Insecurity in the World 2015 (SOFI) report, which was jointly published by the Food and Agriculture Organization (FAO), the International Fund for Agricultural Development (IFAD) and the World Food Programme (WFP), reveals that the number of hungry declined to 795 million – 216 million fewer than in the 1990 – 1992 biennium and nearly 100 million fewer than in 2012. This, the agencies said in a press release, is due in large part to successes in the world's developing regions.

“The near-achievement of the MDG hunger targets shows us that we can indeed eliminate the scourge of hunger in our lifetime,” said FAO Director General José Graziano da Silva.

“We must be the Zero Hunger generation. That goal should be mainstreamed into all policy interventions and at the heart of the new sustainable development agenda to be established this year,” he added.

A majority – 72 out of 129 – of the countries monitored by FAO have achieved the Millennium Development Goal target of halving the prevalence of undernourishment by 2015, with developing regions as a whole missing the target by a small margin.

In addition, 29 countries have met the more ambitious goal laid out at the World Food Summit in 1996, when governments committed to halving the absolute number of undernourished people by 2015.