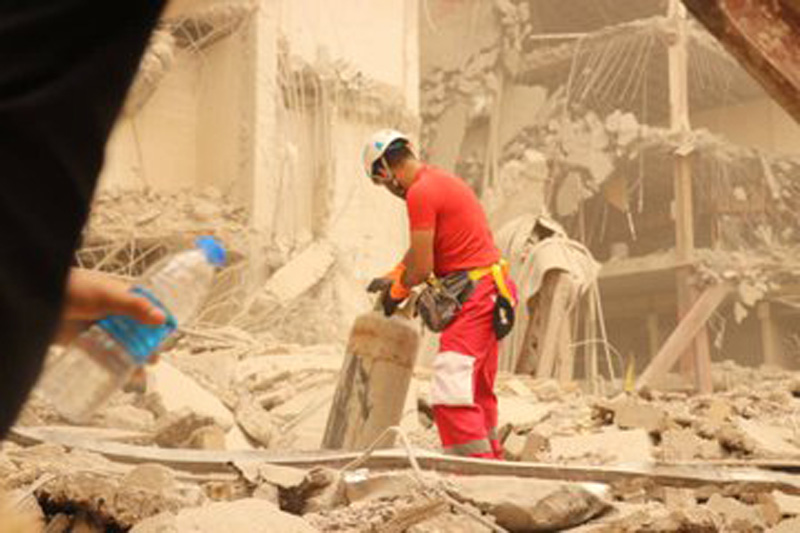 Abadan: At least ten people died and dozens others were injured as an unfinished building collapsed in south-west Iran, media reports said on Tuesday.

The  Iranian Red Crescent said 80 people are reportedly trapped under the rubble of the 10-storey building.

The IRC shared several videos and images from the site of the mishap in Abadan.

@Iranian_RCS aid workers #rescued 32 people trapped under the rubble in the disaster of the collapse of a 10-storey building in #Abadan. The Red Crescent also transported 27 injured #people to medical centers.@Iranian_RCS teams continue their response operation as long as needed. pic.twitter.com/37h72aJMdE

Officials have started investigating the cause of the mishap.

Local prosecutor Hamid Maranipour told BBC both the Metropol's owner and the building contractor had been arrested.