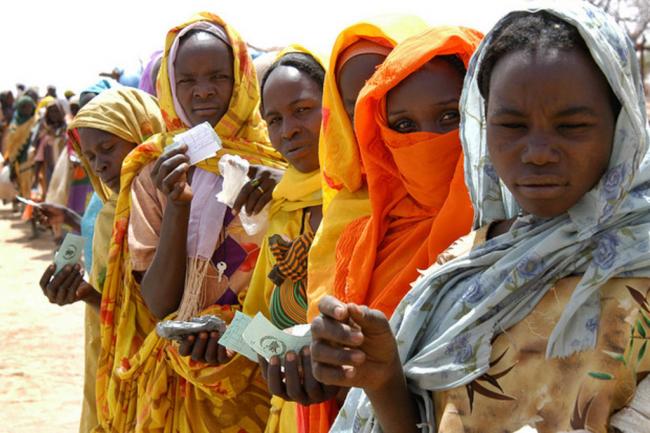 India Blooms News Service | | 28 May 2015, 08:59 am
#Dialogues needed to tackle violence against women in Sudan: UN expert
New York, May 28 (IBNS): More open and constructive dialogues should be held among Sudanese stakeholders as a top priority to address â€˜the silence and the denialsâ€™ of crimes against women, a United Nations human rights expert concluded after her recent mission to the country.

“The silence and the denials, whether by State authorities or many civil society participants, regarding the subject of violence as experienced by women, is a source of concern,” Rashida Manjoo, the UN Special Rapporteur on violence against women, said in a news release which covered the events of her 12-day visit to Sudan.

Reports and interviews demonstrate that women and girls in Sudan live in deep inequality, underdevelopment, poverty, and sometimes hostile environment. Not only does this happen in public and private spheres, but it also exists in both conflict and non-conflict zones, according to Manjoo’s end-of-mission statement.

Of particular concern, she said, was female genital mutilation and early marriages.

“Traditional, cultural and social norms,” Manjoo explained, “prevent disclosure and the seeking of assistance from persons outside of the family unit.” She therefore called on the focus on reconciliation with accountability, for crimes against women and girls.

In addition to physical, psychological and economic violence, women and girl asylum seekers and refugees also suffer from sexual humiliations during trafficking. Being insecure in conflicts has rendered them vulnerable to such violence.

Apart from above manifestations, challenges remain in legal measures. “Violence also occurs as a consequence of “the discriminatory interpretation and implementation of provisions of some laws,” noted Manjoo.

Efforts have been made at policy and institutional levels, the UN rights expert said, while noting a clamping down on non-governmental organizations (NGOs), with women’s rights organizations in particular.

“The issue of access to justice and of justice itself, for crimes experienced by women and girls, requires attention,” highlighted the expert, “especially through addressing the accountability deficit that seems to be the norm in Sudan for gendered crimes.”

Manjoo urged the Government of Sudan and stakeholders, especially with the international community and the UN, to find common ground in constructively engaging and addressing the tensions that exist in the people living in Sudan.

“Holding accountable State authorities who perpetrate violence is also an imperative in the current context,” stressed the Special Rapporteur, calling on the Government to establish a Commission of Inquiry which includes national and international experts to investigate allegations of mass rapes in different regions.