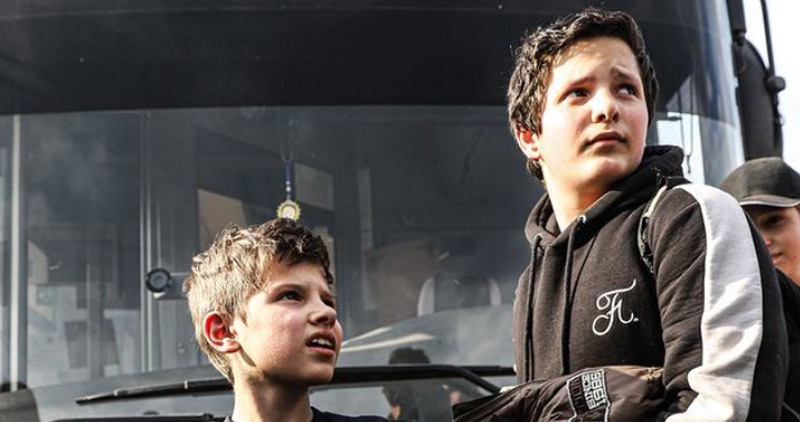 Mariupol evacuations ‘a glimmer of hope’ in Ukraine war

New York: The United Nations continues to explore all options to reach civilians affected by Russia’s brutal assault on Ukraine, deputy humanitarian affairs chief Joyce Msuya said in an update to the Security Council on Thursday.

“Our recent efforts to evacuate civilians in the east has shown us that there is good will and common ground for us to build on between the parties,” she told ambassadors.

Joint operations by the UN and the International Committee of the Red Cross (ICRC) resulted in more than 600 people being evacuated from the Azovstal steel plant and other areas of Mariupol, as well as nearby towns.

This was “a truly monumental feat amid the shelling and destruction ongoing in the east”, she said, and “a glimmer of hope”.

Meanwhile, UN relief chief Martin Griffiths continues to explore ways to bring the parties together to discuss humanitarian issues, including safe passage for both civilians and aid convoys.

Mr. Griffiths was in Turkey this week for talks focused on the country’s support of UN efforts, towards providing more humanitarian relief.

“We must explore all options to reach more people where needs are the greatest,” she said.

“We remain firmly committed to leaving no stone unturned. To find measures – from local pauses to wider ceasefires – to save lives. The world expects this of us. The people of Ukraine deserve this.”

Despite the hope represented by the evacuations, intense fighting continues to cause immense suffering in Ukraine.  The conflict has uprooted nearly 14 million people, eight million of whom are internally displaced, according to latest figures.

Ms. Msuya also spoke of the “unprecedented” humanitarian scale-up in the crisis.  Some 227 partners, mostly national non-governmental organizations (NGOs), have provided assistance to more than 5.4 million people, many in the east.

In addition to the evacuations, five inter-agency convoys have provided a lifeline to people encircled by fighting, transporting essential medical supplies, food rations, water repair systems and other items. However, she said this is by no means enough.

Ms. Msuya reported that the parties have been notified of the convoys, adding “I urge them to continue their facilitation efforts so we can reach many more civilians.”

The Council also heard from Omar Abdi, Deputy Executive Director at the UN Children’s Fund (UNICEF), who reported on the war’s impact on young lives in Ukraine and beyond.

He said in the past month, the UN verified that nearly 100 children were killed in the conflict “and we believe the actual figures to be considerably higher.”

Although the evacuations from Mariupol and other frontline areas represented “small moments of relief”, the situation continues to be grim for children and families in conflict-affected areas without access to aid.

“Children and parents tell us of their ‘living hell’ where they were forced to go hungry, drink from muddy puddles, and shelter from constant shelling and bombardments, dodging bombs, bullets, and landmines as they fled,” he said.

Education in the crosshairs

Education in Ukraine is also under fire, with the horrifying attack on a school in Luhansk this week – in which at least 60 civilians were reported to have died - serving as “a stark reminder”.  Since the start of the war on 24 February, 15 out of 89 UNICEF-supported schools in eastern Ukraine have been damaged or destroyed.

“Hundreds of schools across the country are reported to have been hit by heavy artillery, airstrikes and other explosive weapons in populated areas, whilst other schools are being used as information centres, shelters, supply hubs, or for military purposes – with long term impact on children’s return to education,” he said.

Mr. Abdi appealed for an end to attacks on schools, which he said are a lifeline for children, especially in conflict because they provide a safe space, routines, and a semblance of normalcy.

Schools also serve as a “connector” to essential health and psychosocial services, and he called for support to teachers, principals and others in the education workforce.

Ukrainian children must also continue to access education, he added, underscoring the need to ensure creative and flexible learning solutions.  UNICEF and partners are supporting the authorities to reach students, including through online education.

Learning at home and abroad

Neighbouring countries that have taken in Ukrainian refugees are also helping children to keep on learning, whether in the classroom or through alternative education pathways.

“It is estimated that 3.7 million children in Ukraine and abroad are using online and distance learning options. But enormous obstacles remain, including capacity and resource constraints, language barriers, and unpredictable movements of children and their families,” he said.

Furthermore, greater action is needed to reach children who are most at-risk or who could be left behind, including young learners and children with disabilities.

Ripples across the globe

The war is having repercussions beyond Ukraine, as world food and fuel prices reach all-time highs.  Mr. Abdi said children also are feeling the impacts.

“Children already affected by conflict and climate crises across the world – from Afghanistan to Yemen and the Horn of Africa – are now paying a deadly price for another war far from their doorsteps. The repercussions of the war in Ukraine will continue to ripple across the globe.”

Although humanitarians will do all they can for the children in Ukraine, he said, ultimately what they need is for the war to end.

“Ukrainian children tell us that they want to reunite with their families, to return to their communities, to go to school and play in their neighborhoods. Children are resilient but they shouldn’t have to be.

“They have already paid an unconscionably high price in this war. We must do everything possible to help ensure it doesn’t also cost them their futures.”